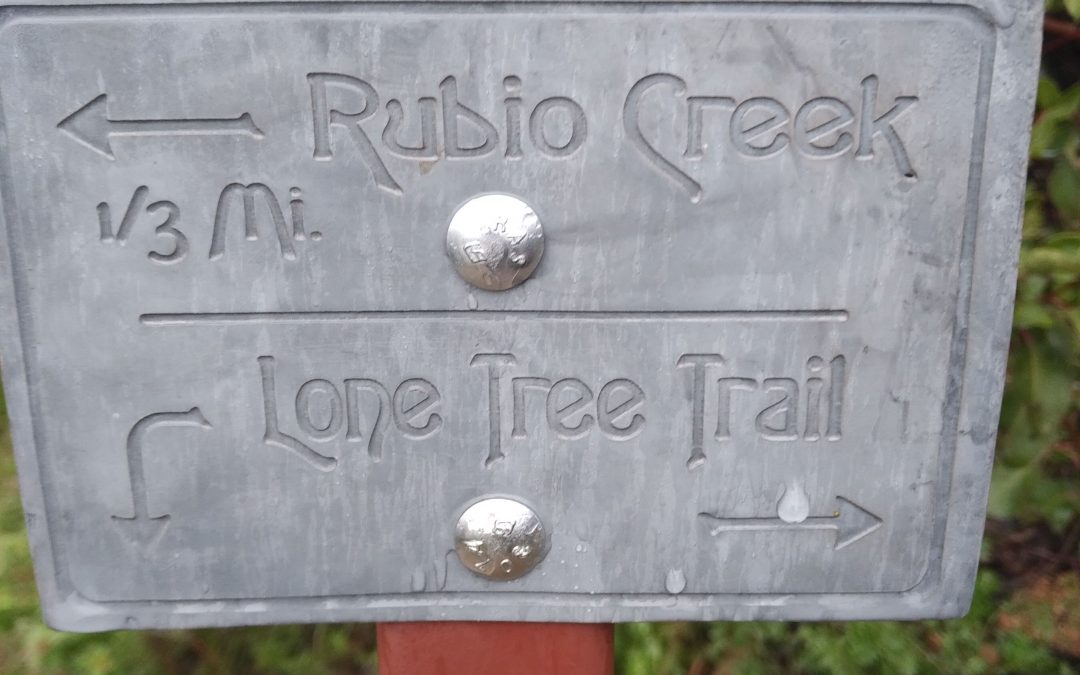 I have been trying to do more hikes and trail runs lately to get my legs in shape for upcoming adventures and was looking for a moderate (10-15 mile) trek to do on Sunday when I remembered a hike from my youth. I’m from Altadena where there is no shortage of hiking trials, I decided I would do one I have not done in 10-15 years called the Lone Tree Trail which is one the east ridge of Rubio Canyon. From there depending on how I felt I could ether continue to Mt Lowe or just cut over to Inspiration Point and take Castle Canyon down to Echo Mountain and back to Rubio. I asked a couple of buddies to join me and trail running buddy Andrew said he would go so at 6:30am we met at my parent’s place on Palm Street which is less than a mile away from Rubio and drove up to the Rubio Canyon bridge and parked.

Back in the day this trail was only known to locals and was basically unmaintained but around 10 years ago or so some locals started rebuilding a lot of the old trails from the early days and this was one of them. We started our hike by walking up Rubio Canyon along a road that the water company uses and quickly found the trail that goes up and behind a reservoir to the start of the trail. There is a good reason this trail is not popular because I swear it goes up almost 1000 feet in less than a mile and gets steeper after that! The first part of Lone Tree is much better than the old way where you would have to go up the canyon to the east and find the old road that used to go to the towers and bushwhack your way up. 3 quarters of the way up to the tower we were surprised to see another trail that went down to Rubio and even a sign. Pretty soon we were at the towers and continued on the ridge up and up and up. The weather was pretty much cloudy and foggy as it rained the whole day before. All of the bushes were wet and since we were wearing trail running clothes we were pretty much soaked even without the rain. 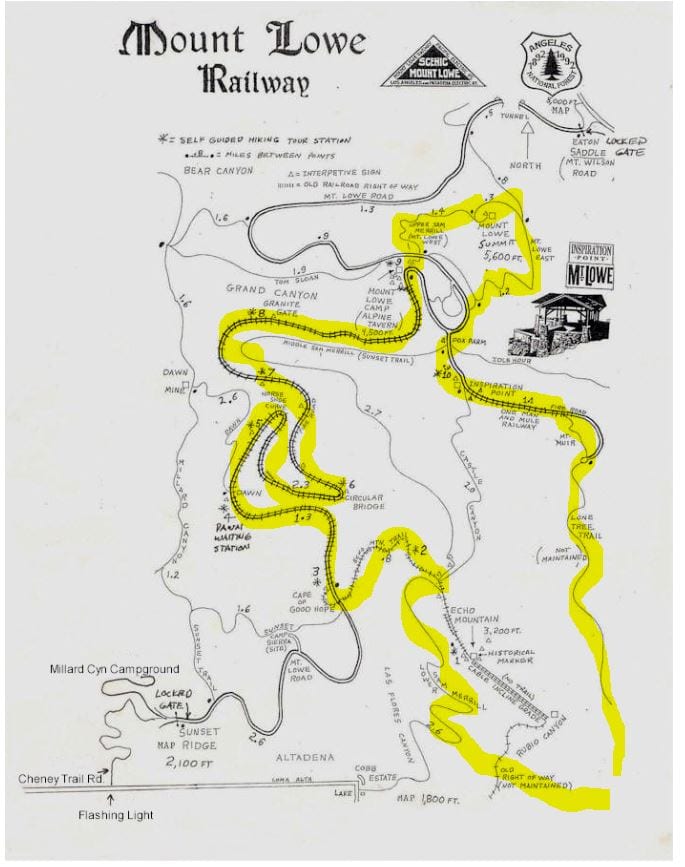 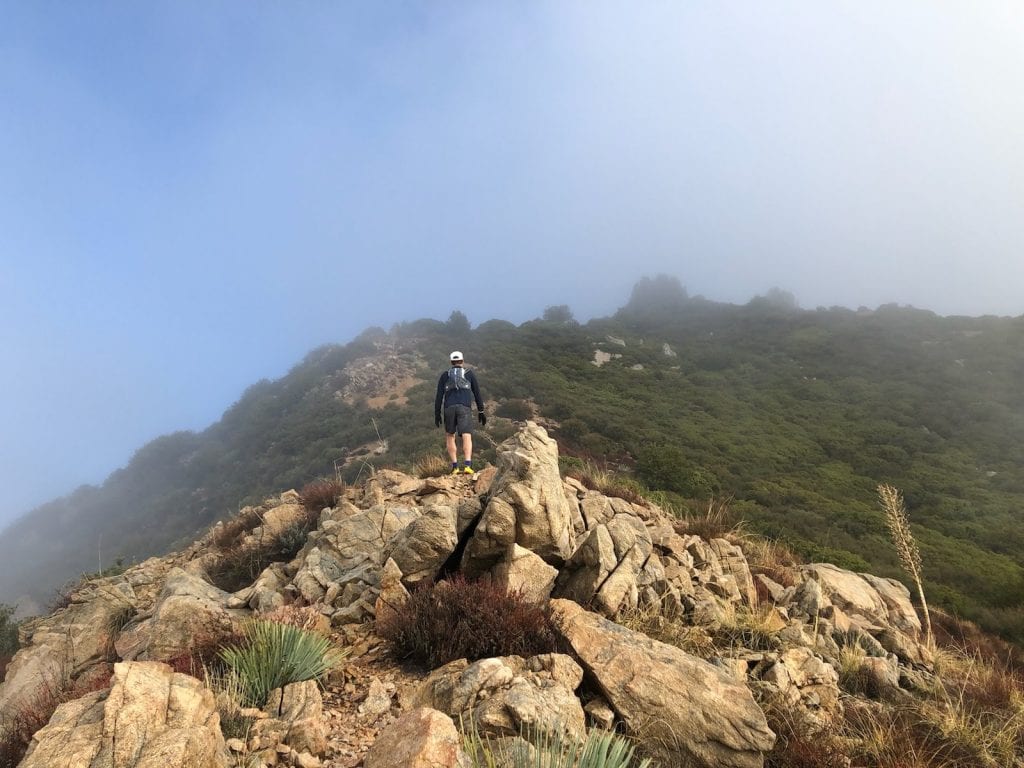 About half way up we hit a flat spot that goes through a nice meadow section but that was short lived as pretty soon we were right back on the ridge at the top of Mt Fuji East. After another mile or so we made it to panorama point, when you get here you will see a water tank and a fire road that goes to inspiration point. Instead of taking the road we kept going up because in just a couple of hundred yards we made it to Muir peak which is about 2.5 miles from where we started. There was a jar with paper to sign your name, so folks even left pictures in it but the jar had holes in it so everything was soggy. Behind Muir peak there is a trail that goes back down to the fire road so we ran down this and stopped at Inspiration point for a quick snack. Usually on a Sunday you would find a dozen or so folks here but on this drizzly foggy day there was only a sole mountain biker. We decided that we would continue to Mt Lowe so we ran another half mile or so to the junction with the Mt Lowe fire road and then when east for about 200 yards where we then got on the East Mt. Lowe trail. 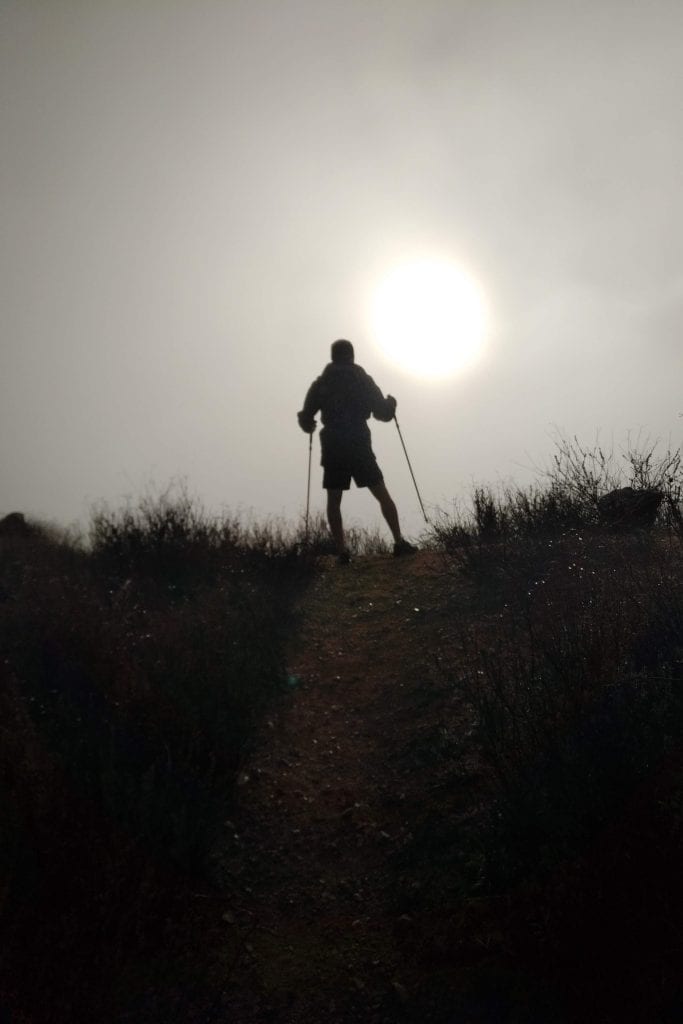 After the steepness of the Lone Tree trail the Mt Lowe trail was much easier, we made our way to the top and hit a couple of patches of snow right near the peak. It was only 5 miles from the start to Mt Lowe the way we came. At the top we ran into a couple of young ladies who came from the Mt Wilson side and told us it was icy that way and that Mt Wilson was closed.  After taking some pics and hanging out for a few it was time to head down. There are many trails to Mt Lowe so we took the West trail down. This meets back up to the Mt Lowe fire road about 1 mile down. When you get to the fire road you will see another trailhead for the East Mt Lowe trail, if you go left on the fire road you will see a sign for the Mt Lowe campground in about 20 yards. We took this down to the campground where it again meets up with the fire road. From here we decided to run down the fire road instead of hike back up to the middle Sam Merrill trail even though it added 2 miles to the journey as we wanted to get a little bit of distance in. Running down the fire road was cool because it was misty and green, here we saw a few more folks but not even close to the normal amount you would see on a weekend up here. Before you knew it we were at the Cape of Good hope where the trail that goes back over to Echo is. We took the Echo trail down to right below the towers where we jumped on the old Echo trail that goes down to Rubio Canyon, this trail is easy to miss but it is right at the switch back after the towers if you are coming down and has a line of rocks to keep folks who want to go to Echo (which is 99.999 percent of folks) from accidently ending up in Rubio. This was my first time on this trail, it was very steep and rutted out from the recent rains. The bottom part right before it hits the Rubio canyon trail was totally washed out. Now we had to find our way across the canyon back to the car. To do this we headed north on the Rubio trail for about 10 yards and saw the trail that goes down to the canyon bottom. This trail was not marked so keep your eyes open for a clearing if you go here. 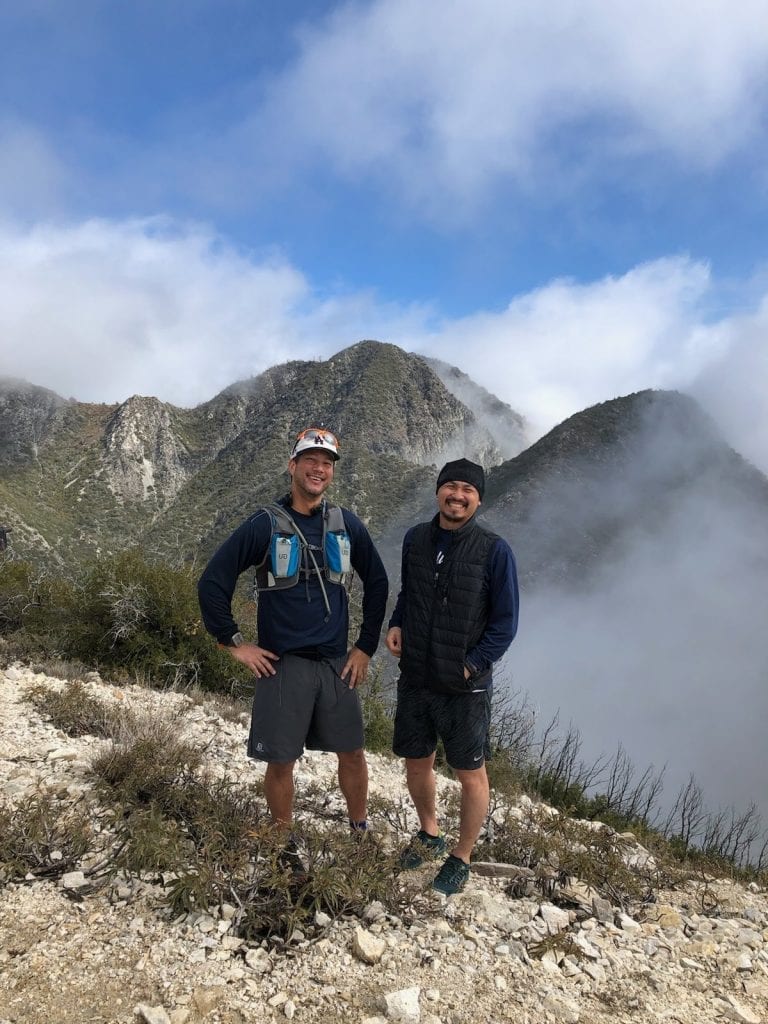 At the bottom we hopped back on the trail that led us back to the car and we were done! Surprisingly we only covered about 12.75 miles in 5 hours 20 minutes but it felt like a lot more. I forgot how many different trail combos you can make up here and am looking forward to the next adventure. 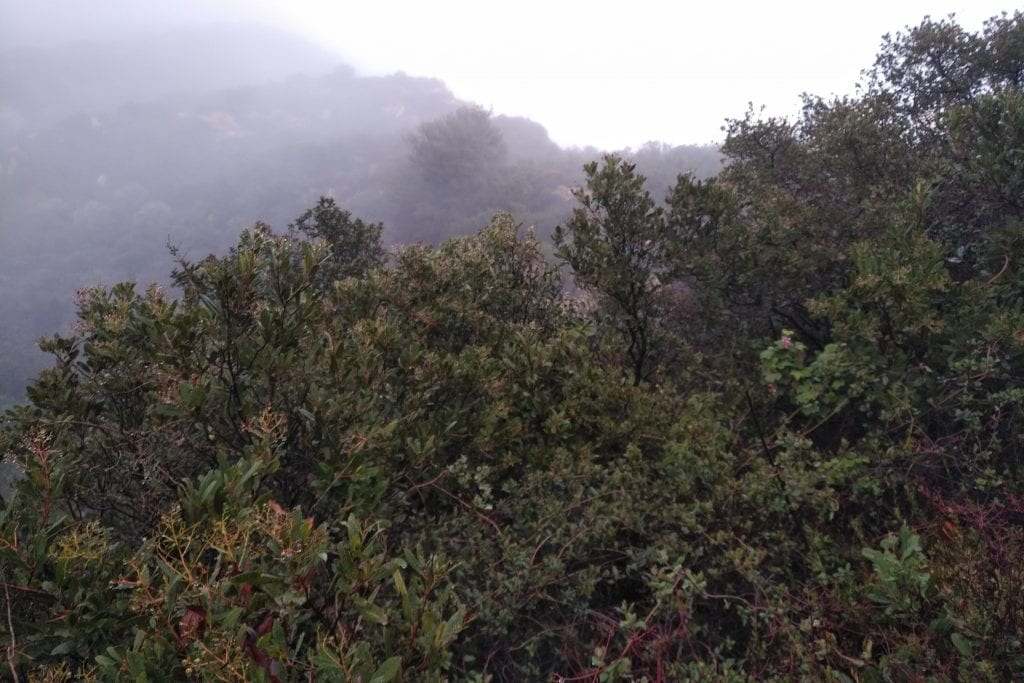 Until next time, see ya!