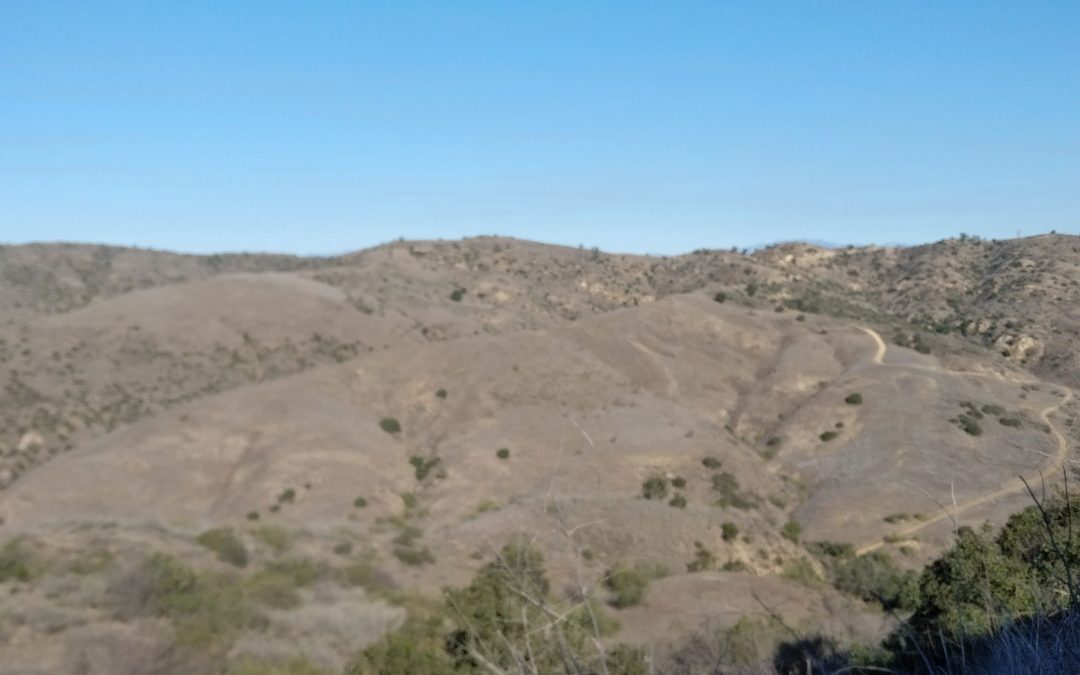 Hi everyone! Here is my run report from the Chino Hills Trail Run Series 30k that I did on Nov 10th 2018. 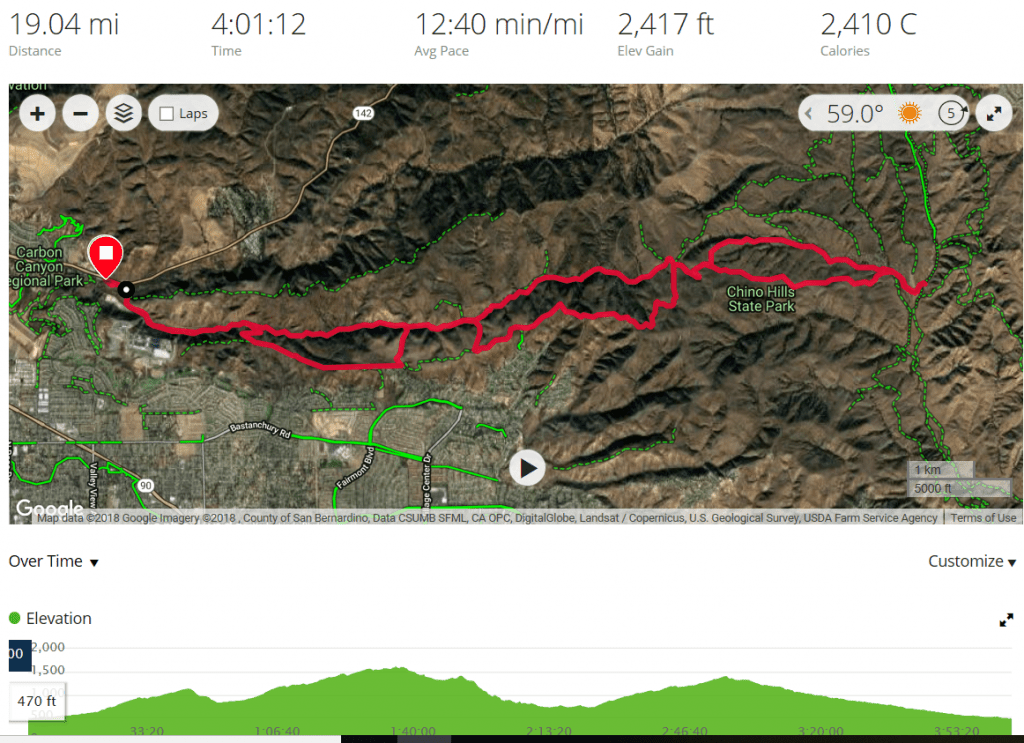 Well having just completed the Cactus to Clouds hike one week prior I did not have any big expectations for this run, I had to take 5 days off after C2C so I got only 2 short runs in prior to this one. Believe it or not, in all of my running and hiking adventures I have never been to Chino Hills State Park where this run takes place so I was very eager to explore this place and see what it was all about. I pulled into the parking area around 6am where I then picked up by bib and waited in my car until Andrew and his brother in law Mike showed up who I would be doing this race with. Mike lives right down the street so he knows this place pretty good so I asked him a few questions about the trails and such while waiting for our turn to start. The 50k race that was being held in conjunction with the 30k started at 6:30am, It looked like most folks were doing this one as after they left they was only a small group left doing the 30k. 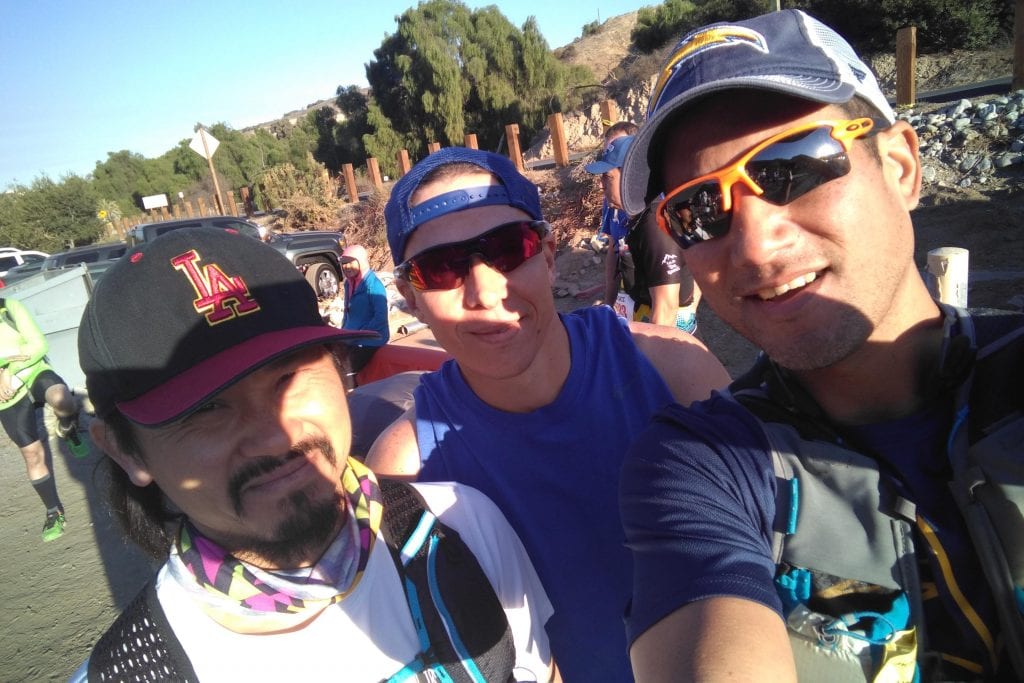 At 7am sharp we were given a countdown and away we went! The first 2 miles were on a pretty flat fire road which was nice and then the first hill came and my legs felt last week hike in them still as I thought to myself “why the hell do I sign up for these things?” Luckily the hills were not that long but they were steep. As for the scenery the Chino Hills are mostly grassland type landscape which at this time of year were mostly brown. Soon enough I made it to the first aid station which cruelly had a horrible steep hill right after you left it but after the top we got some nice rollers that I was able to run all of. Around mile 7 or so we hopped on a nice single track trail which led us to the next aid station. After this it was more rollers until mile 9.5 where we had a little road section that led to the turn around point. It was on this section that I saw Andrew who already was on his way back, he told me Mike was somewhere ahead of them but I did not see him since there was a split we had to do after the turn around so he must of already have made it to that point. 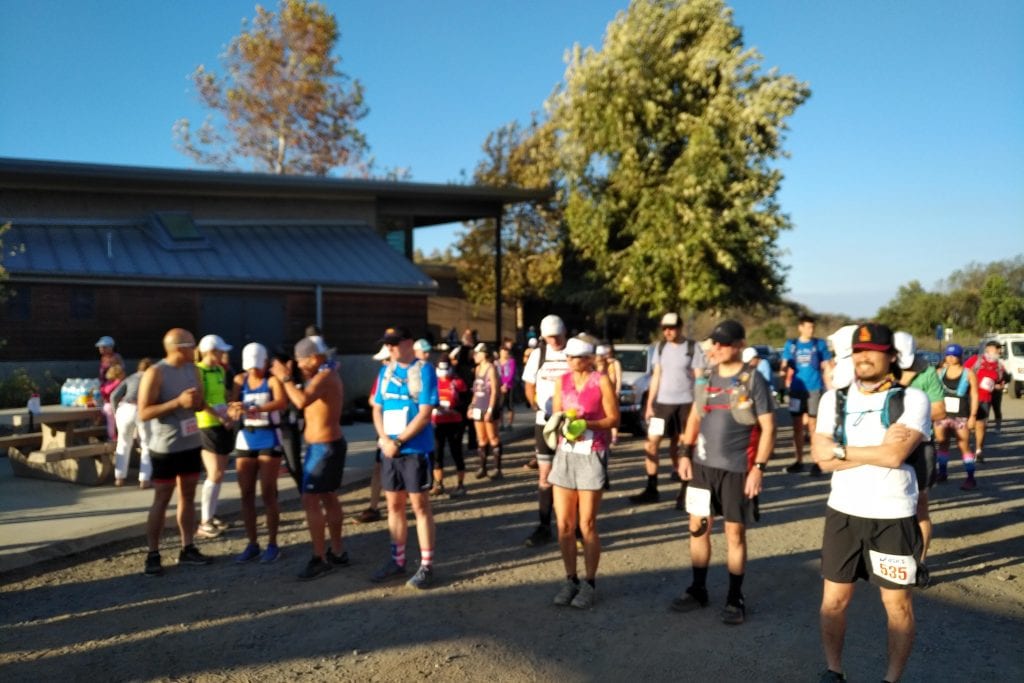 After the turn around, it was time to head back, there was another mean uphill section at mile 11 which had me reduced to a hike but I just kept a stead pace. Around mile 12 I saw someone ahead of me that looked like Andrew and it was, He was having knee issues and was limping pretty bad so I checked in with him and told him the next aid station was about a mile away. At this point he did not know if he could continue on so I told him I would let the folks at the next aid station know and was on my way. 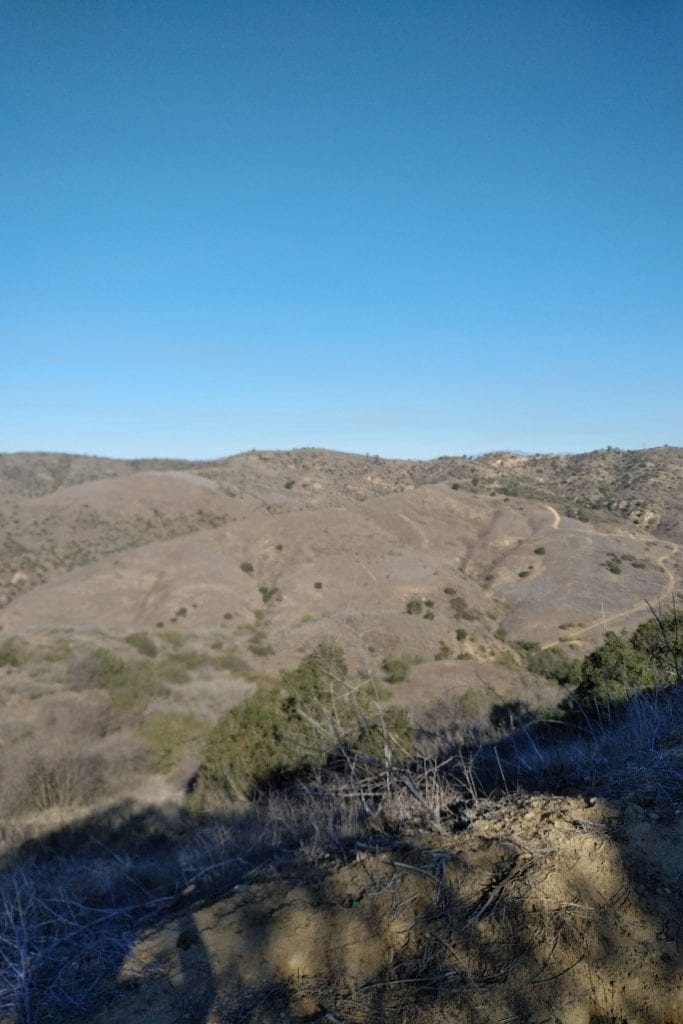 After the aid station at mile 13 the hills thankfully were gone and the last 6 miles were mostly runnable as we made our way back to the visitor center where the race started from. Finally after 19 miles I made it to the finish where I ran into Mike and congratulated him on a good run, This was not only his first trail race but also the longest he had ever run, how bout that! I let him know about Andrew and we waited around for 30 min or so not knowing if he dropped or not. Since Andrew came with Mike and he lived close I decided to take off and Mike said we would wait a little longer and could come back later and get him. I was no more that 5 minutes on my way home when I got a text from Andrew saying he was able to limp it on in and finished! 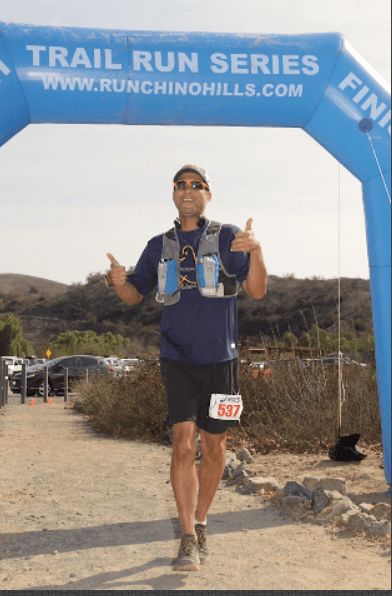 That’s the look of relief 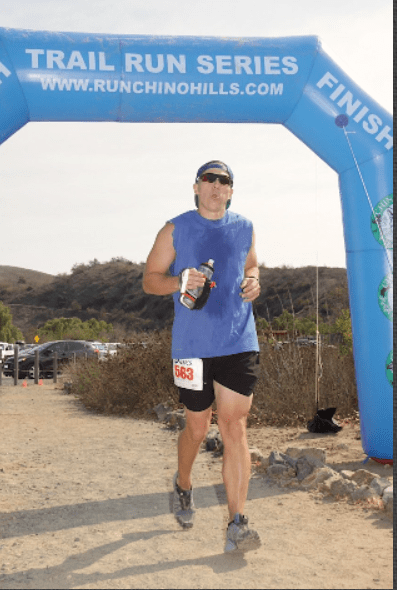 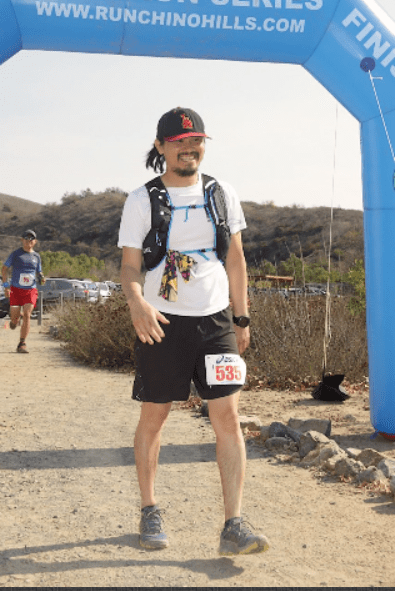 Limping it in son!

It was nice to run on some new trails and survive yet another trail adventure, until next time, see ya!