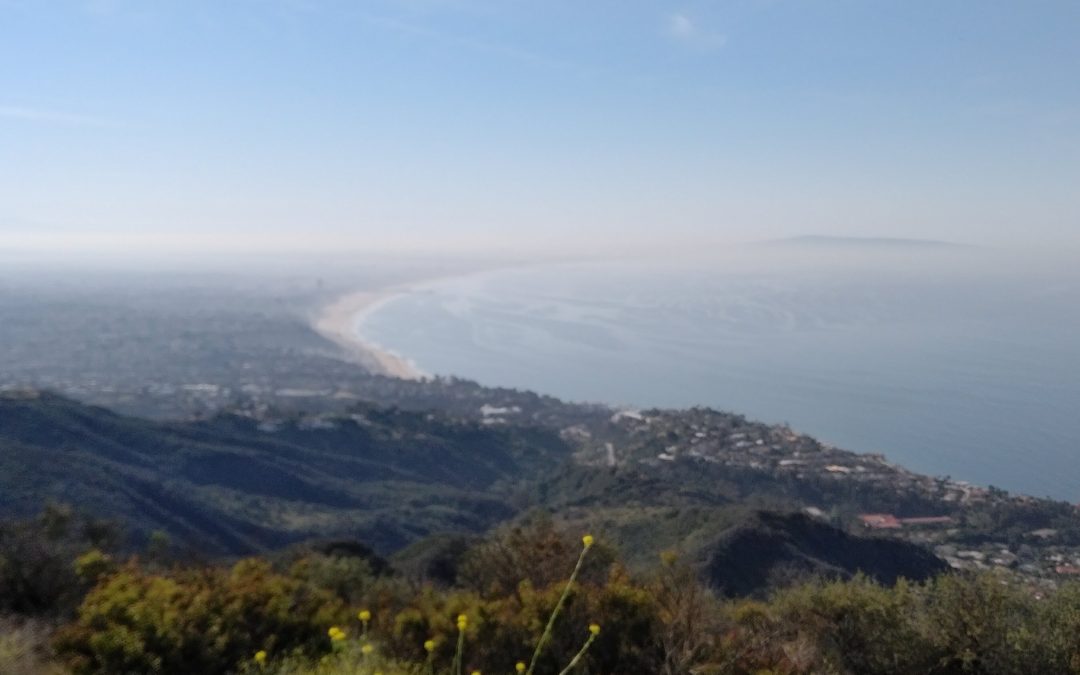 I’ve always wanted to hike up the Los Leones (or Los Liones as many sites list it as) trail but never made it until last Saturday which happened to be Cinco De Mayo! I rounded up a few of my co-workers/hiking buddies and drove out to the trailhead at 6am and we arrived trailhead at 6:45, the lot closest to the trailhead has already full but the 2nd one down was empty so we parked there. To get here we took the 10fwy all the way to Santa Monica and then drove up PCH until you get to Sunset Blvd. Once on Sunset, Los Leones is only about a couple of blocks away, here you turn left and head to the trailhead. 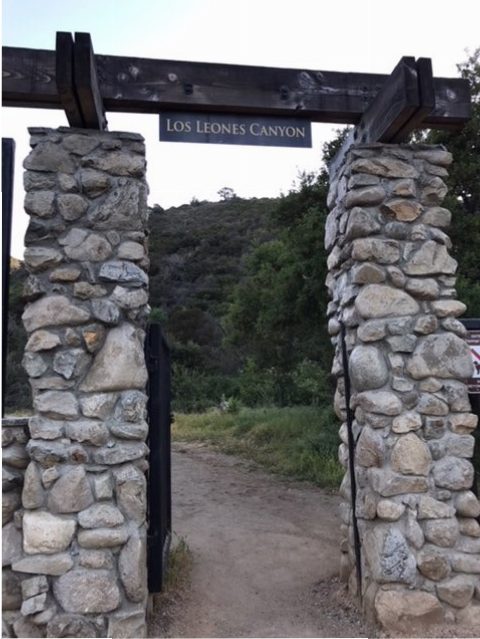 The first park of the hike is up a canyon with a lot of various plant life to the point of it making the trail like a tunnel. Once you get some elevation you start to see the main attraction of this hike, the ocean views! One thing we noticed was there are a LOT of lizards on this trail of all kinds. After about a mile and a half we reached a junction with a nice view of the Santa Monica Bay and it was also the end of the shade as the next 2 miles would be on steep fire roads. 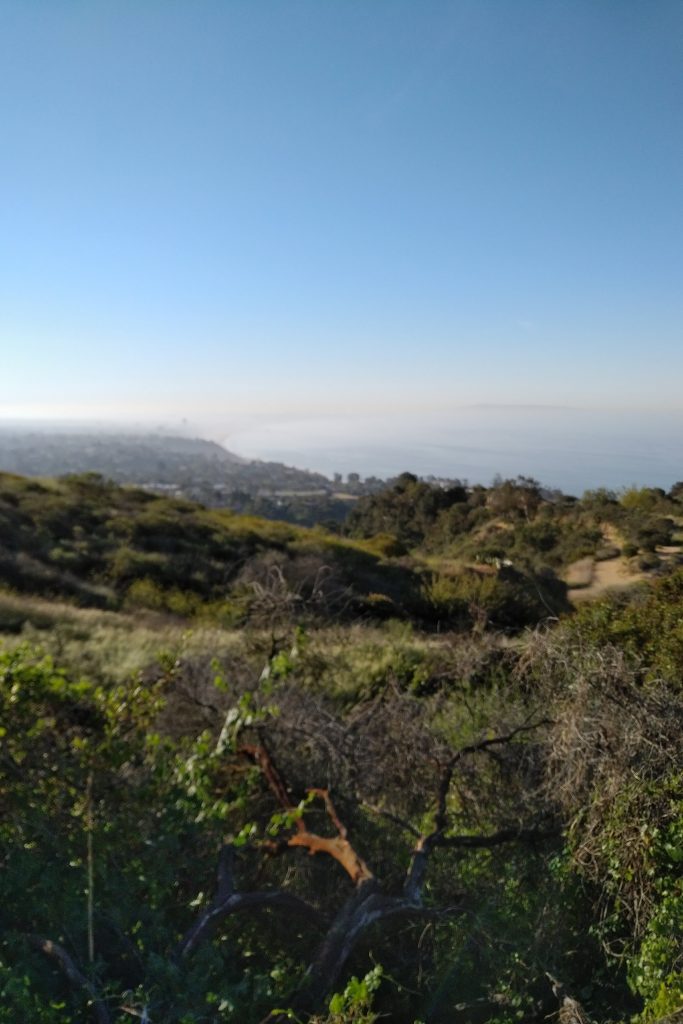 The only good thing about the steepness was that the views kept getting better. At one point I noticed a dark spot in the grass and upon closer inspection it was a Rattlesnake! It was still early in the morning so he/she was just chilling trying to warm up for a day of catching mice I guess. 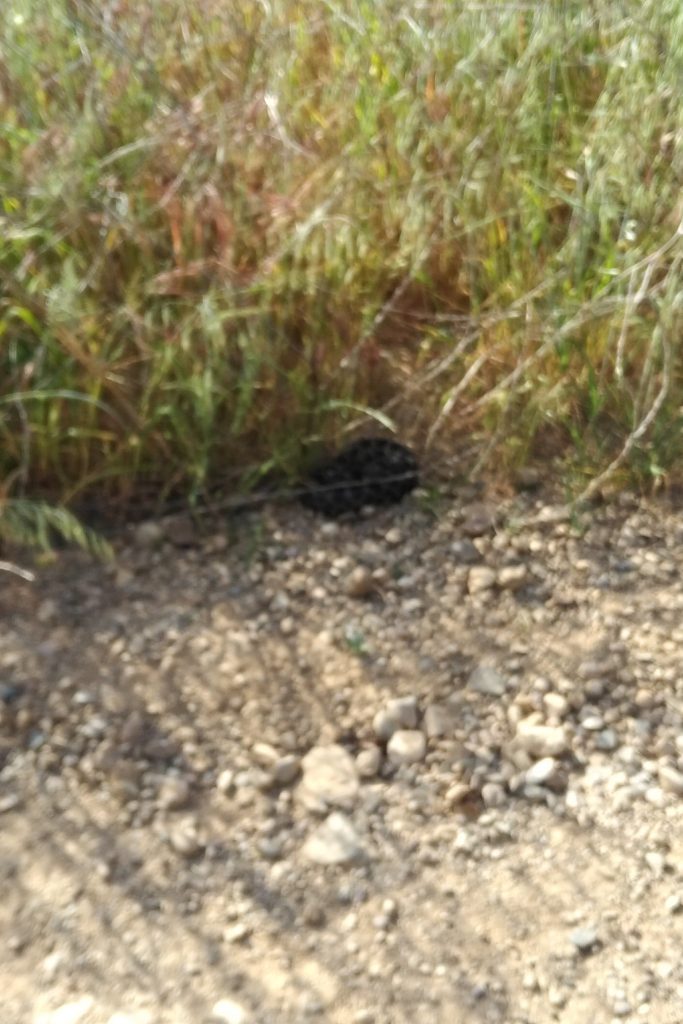 That dark spot is a rattlesnake!

About a mile from the top there is a downhill section which of course meant we would have to hike up on the way back which always sucks. Right after this was the cutoff to Parker Mesa which was the goal of this hike, if you wanted too you could keep going all the wat to Eagle Rock or even to the other side of the park in Tarzana. Maybe I’ll come back solo to do a long run of it as it seems mostly runnable. 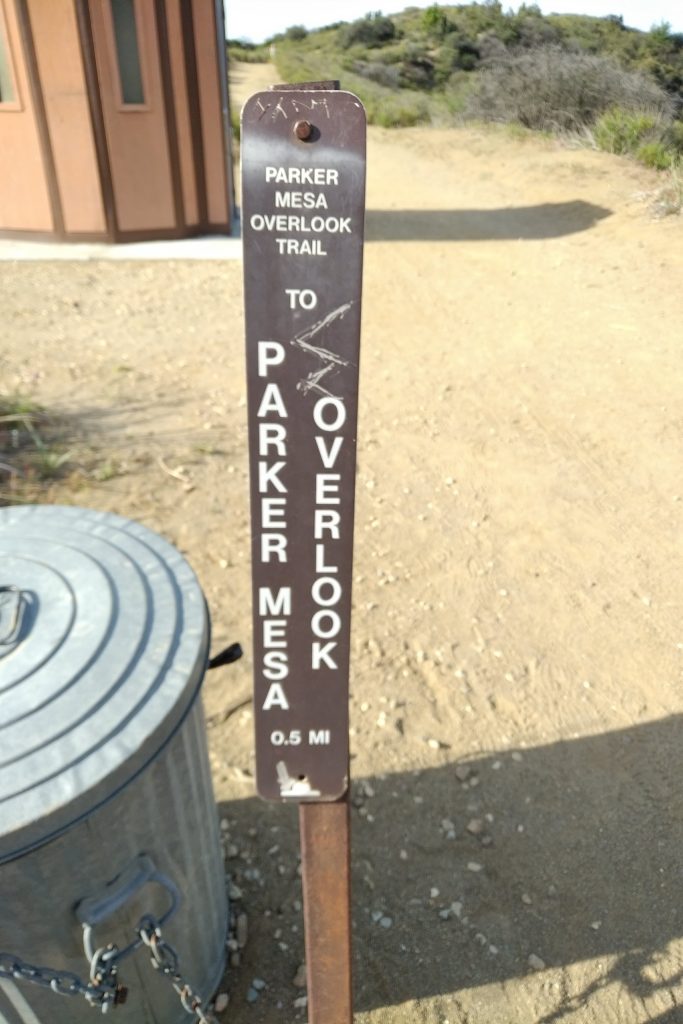 At the top we took the mandatory pictures of the bay and of our group and took in the views of the beautiful Pacific Ocean in all of her glory. By 9 am we were on our way down and were met by and endless parade of hikers going up, I can see why this is such a popular spot. When we got back to the trailhead not only were both parking lots full but cars were parked on the street almost all the way down to Sunset! 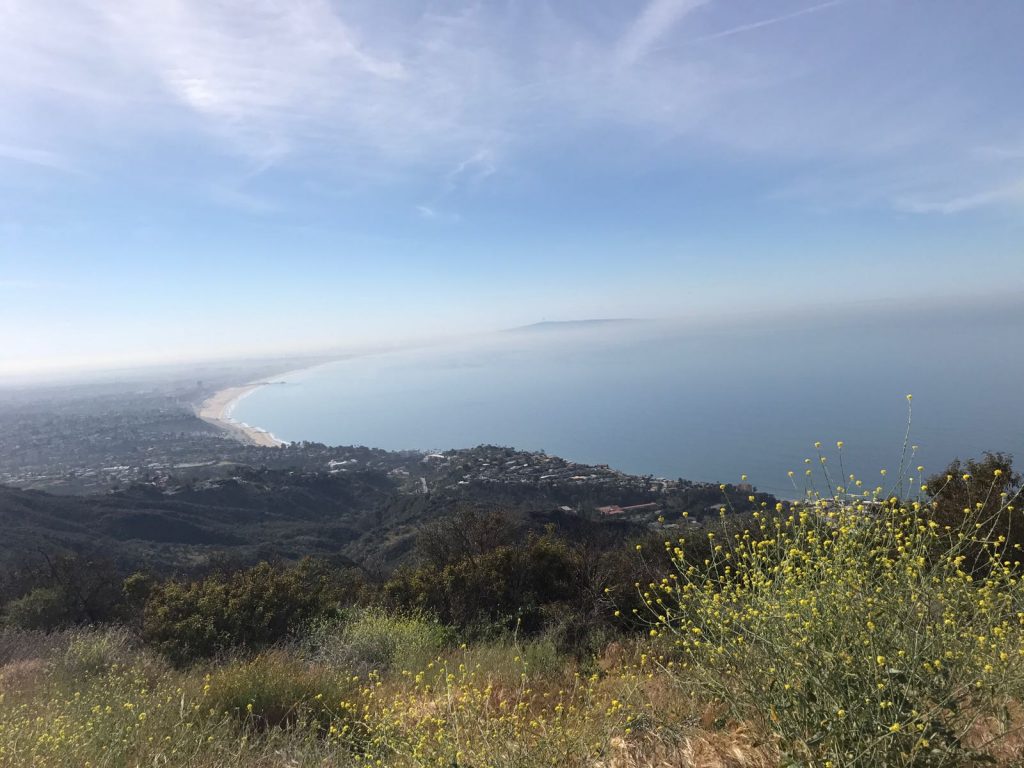 All in all, it was a wonderful hike, Thanks to Desiree, Liz and Akshay for coming with me! Total distance was about 7.5 miles, I would call it a moderate hike but it would be tough for beginners or if you have not been hiking for awhile. Till next time, see ya! 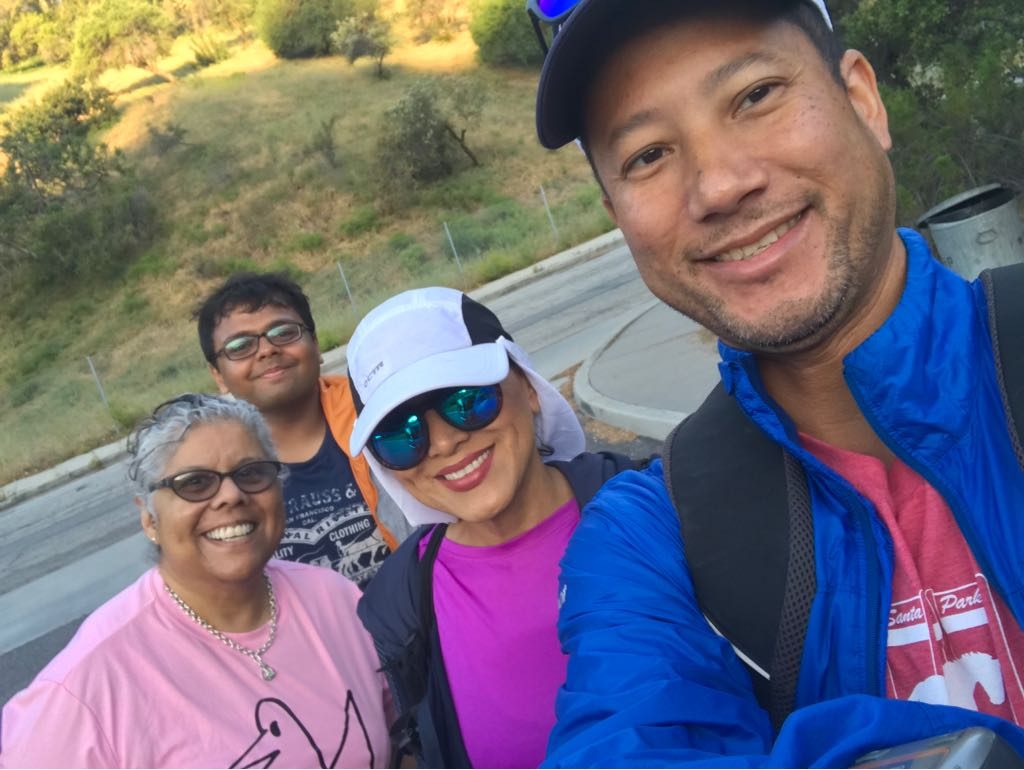