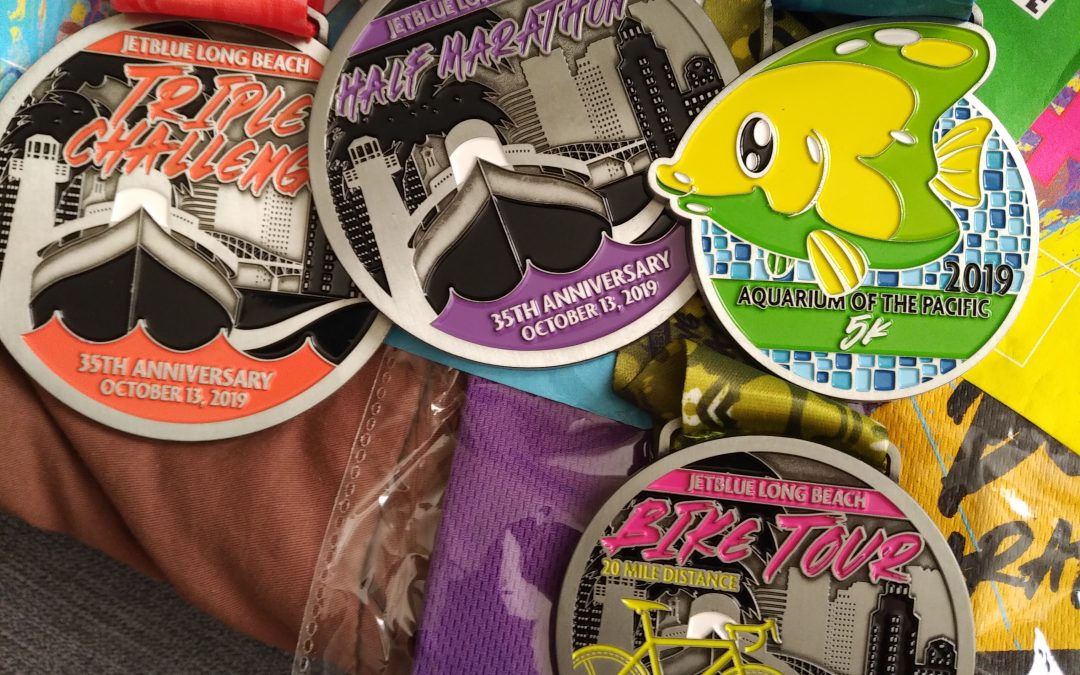 This whole adventure actually started about 3 months ago when I decided that I would wipe all of the cobwebs off of my nearly 20-year-old mountain bike and start doing some bike rides for fun. Ever since I moved to San Gabriel in 2011 I only had ridden it once (!) due to the traffic in the area and the small issue of running taking over my life. The first thing I had to do was to get it tuned up because it wouldn’t shift gears all of the way and the second thing I had to do was lockout the front forks which were more like pogo sticks due to age. Once I did those 2 things I started going on 20 mile rides the day after my long run which worked out pretty well. I thought it was a good way to cross train and maybe I would work up to the big ride around the SGV, taking the San Gabriel river bike path all the way to Long Beach and back which would be a round trip of 50 miles from my place. Life was good………………

So one day after a ride I checked my email and had received one from the Long Beach Marathon. I’ve done this a few times (it was actually my very first Marathon) but had no plans this year since I was already committed to the Marine Core Marathon this year so I was just going to delete the email when I saw they had something called the Triple Challenge. I clicked on the link and the challenge was as follows: Run the Aquarium of the Pacific 5K on Saturday, come back Sunday and do the bike tour; The bike tour is a non-timed event where you get to ride most of the marathon course, and finally immediately run the Long Beach Half Marathon. Since I just started to ride again that got me interested and I figured it would be a good (but strange) way to get a last long run in before the Marine Core Marathon which is 2 weeks after so before you know it I signed up!

I emailed a few of my friends to see who would do this stunt with me and 2 agreed, Andrew and David. They were only going to do the Double Challenge though (skipping the 5k). fast forward 2 months and race weekend was upon us. There was to be one more small detail to make this extra special; Andrew and I ran the Monrovia Canyon Trail Runs 30k the week before so my legs were still in recovery mode but by now you know how I do things so the Friday before race weekend I left work early and pickup up my bibs (all 3 of them) and here is how it went!

Aquarium of the Pacific 5K

I pulled up and parked at around 6am, went over to the race area around 6:45 and the race started at 7am sharp. This was just going to be an easy shake out run but even saying that my pace was WAY slow as I have been noticing lately. In fact, I’ve only recently been able to train on a regular schedule due to my nagging hamstring and then going on a couple of epic adventures earlier in the year which left me laze after. Anyways this race went around the waterfront on Long Beach where we got good views of the Queen Mary and other ships, I did have one bridge we had to go up and over but it was not too bad at around the second mile. Since this was only a 5k the finish came quick but it came with a nice surprise; we got to run through the aquarium itself! I took a couple of pics and even saw a seal checking all of the crazy runners out which I thought was hilarious and before you knew it I was done. I looked at my watch to see a sad 31:XX looking back at me but it was actually a pretty fun little warm up for Sundays big adventure.

The bike tour started at 6am so at 4:30am I drove down to Long Beach sleepy but excited as I’ve never done anything like this before. In order to get both the bike tour and half marathon both done you had to be able to finish the ride by 7:30am when the half marathon starts which added a little race vibe to it even though it was not considered a race and was not even timed. I thought I would add one other fun fact in here; I did not practice riding my bike and then running even once so this was going to be my very first time doing it which may not be the best way to approach these kind of endeavors but like I said a couple of paragraphs above, you know how I do things! I met up with David and Andrew and a couple of their friends and before you knew it we were off! The first thing I noticed was that most folks had road bike and my 20-year-old mountain bike was lacking in the speed department. I was getting passed by everyone, even little old ladies were giving me the “on your left!” warning to get the hell out of the way. The bike tour brought back a lot of memories from doing the full marathon but I was glad I was on the bike and not running that part today. During the ride the sun slowly came up making for a nice scene. As I was riding I started to worry about running 13 miles after so I didn’t push it. The ride went through town and up to Long Beach State college and back to the start line. I made it back in 1:22 so the half marathon was just about to start but since we would be starting in the back we actually had plenty of time to switch gear, eat and use the porta potty. I work my trail running hydration vest for this so It was easy to put all of my crap in it and not have to worry about leaving it on my bike even though they had a bike corral setup. 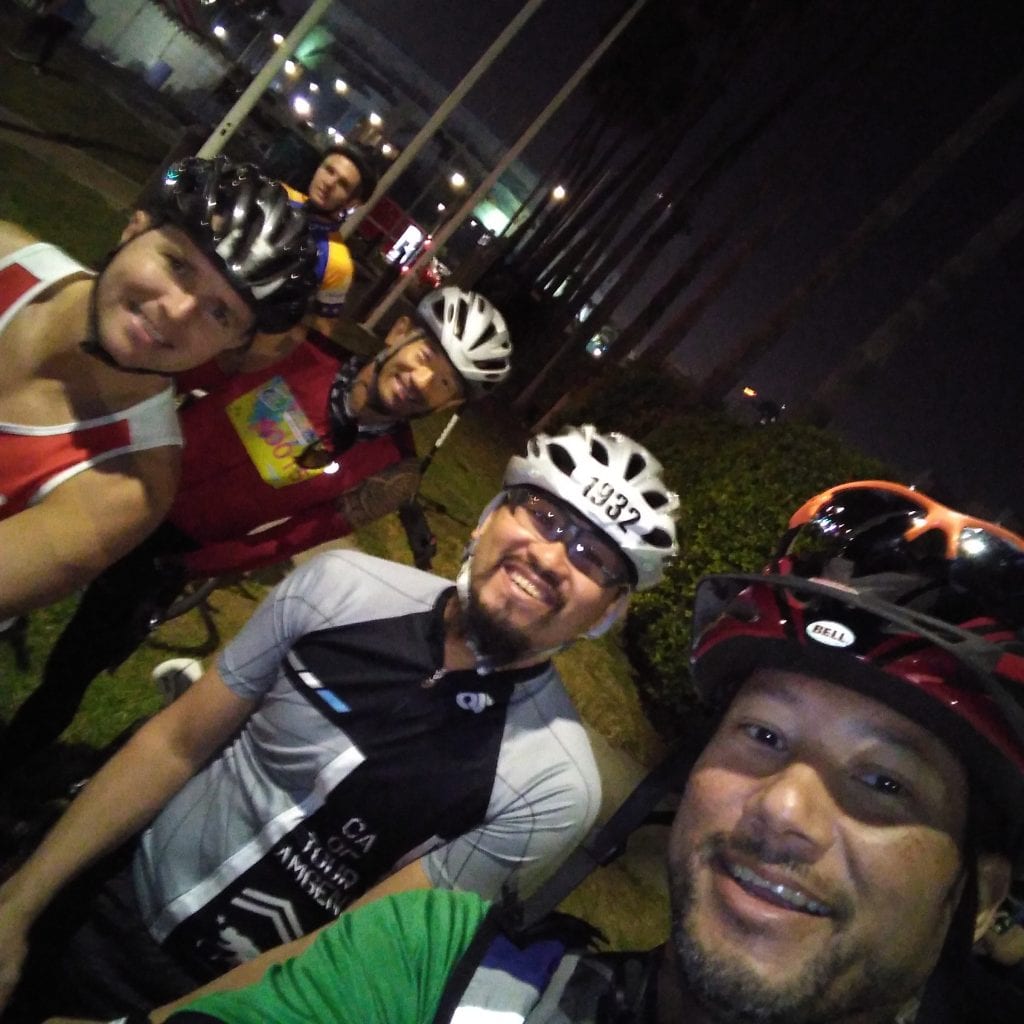 I saw David and we went over how the bike ride went and took the usual selfies and before you knew it the run stared. My only goal was to survive so I went out at the only pace I’ve been able to do lately which was turtle pace. Starting in the back was surprisingly very inspiring as I got to see all of the “normal” folks of every size, color and ability all set out to do the same thing which was to conquer 13.1 miles on matter what. My legs didn’t feel as bad as I thought they were going to so I plodded along the first few miles and set little goals for myself before I would have to most likely start taking walk breaks. I made it to the bike path which was mile 6 and kept going to mile 7 before I took my first walk break at a water stop. Another good thing about wearing the running vest was that I was able to skip the first few water stations which were very crowded. I forgot how long the bike path section was and set another mini goal of running all the way until it ended at mile 10 before taking another walk break which I was able to do. Once I hit mile 10 though the wheels came off and I started taking more walk breaks and just enjoyed the views and all of the other runners (walkers?) around me. I finally got to the finish in my slowest half marathon time ever but I did do a 20 mile bike ride just before so I guess that was to be expected. 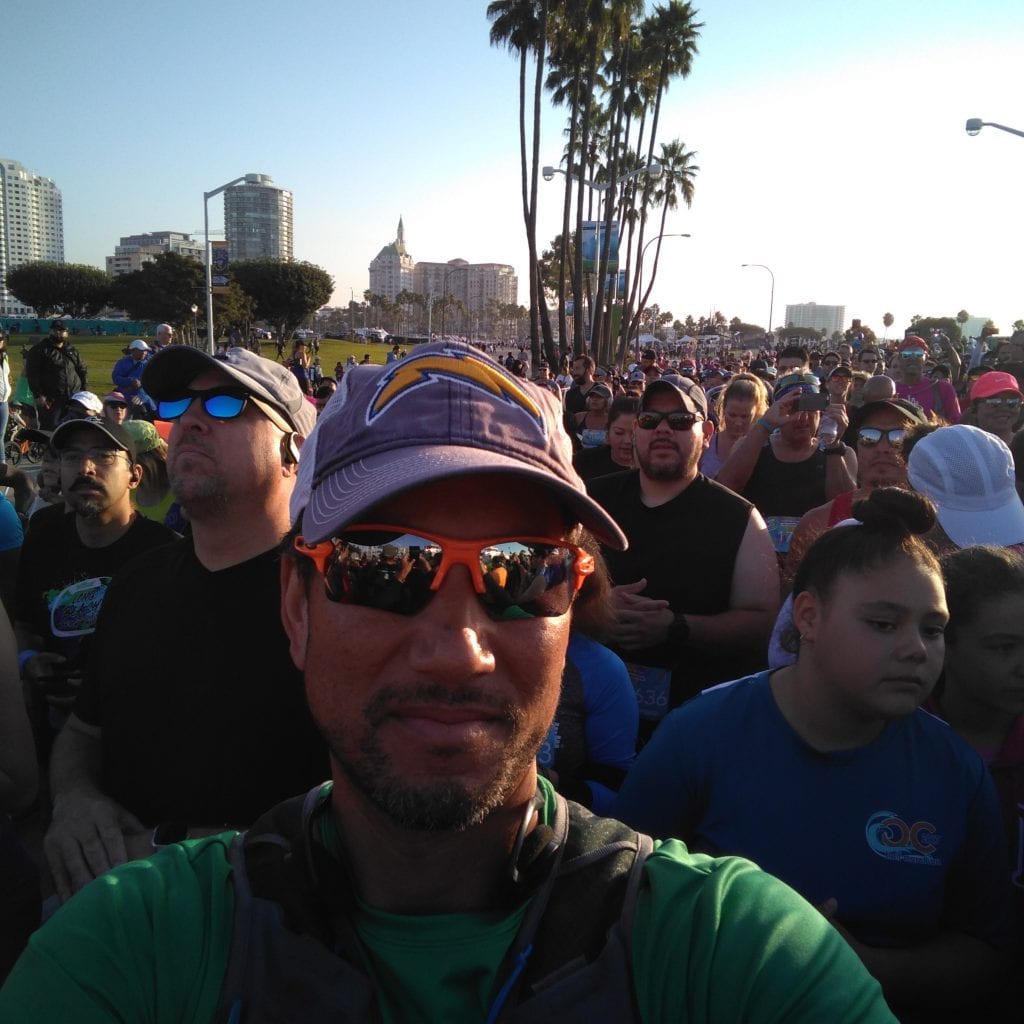 After the race I collected all of my hard earned medals (4 for the weekend!) and then found Andrew and David where we then went over how all of our races went. We all agreed that it was a fun event as well as a good challenge so maybe I’ll do it again next year. This time I should practice riding and running though and maybe get a road bike. 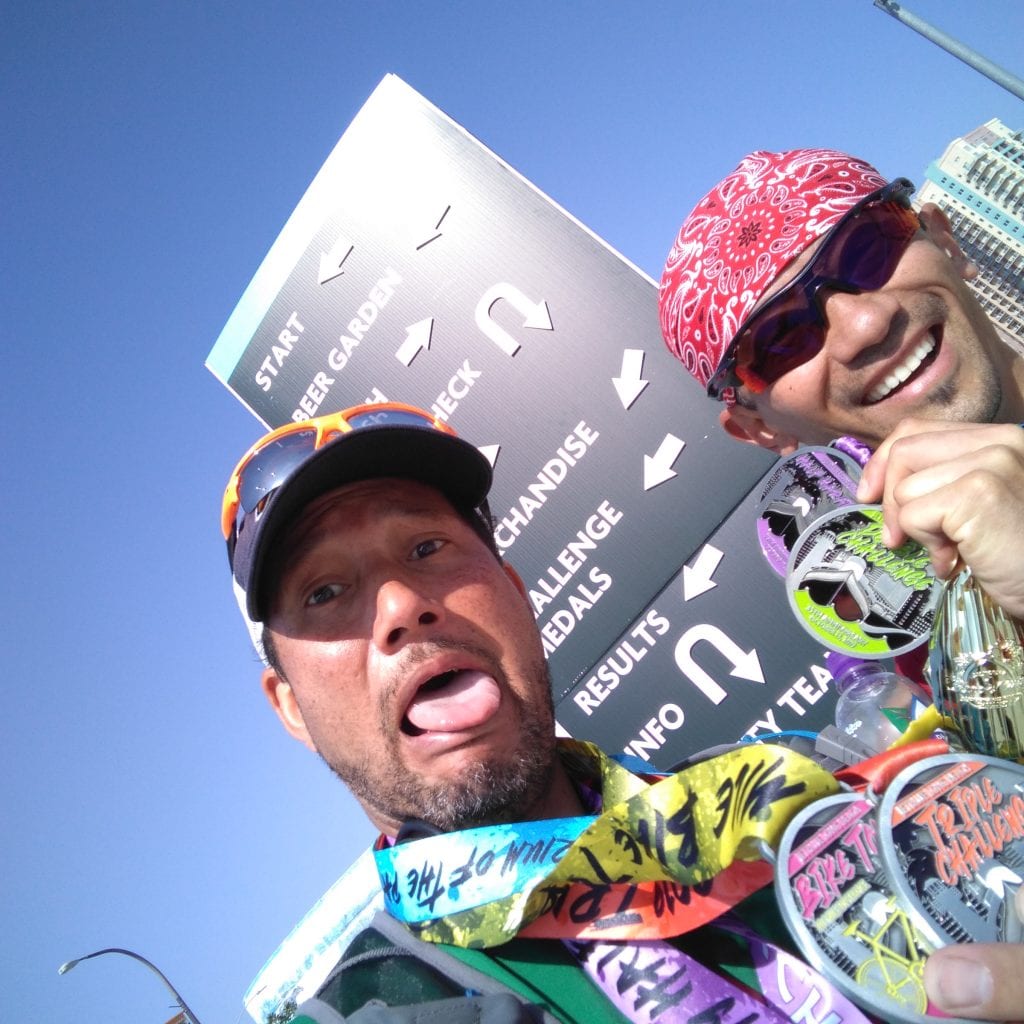 Well that was my report of the Triple Challenge weekend, I hope you all enjoyed it. Next stop I’ll be in D.C. to run the Marine Core Marathon, YEAH!