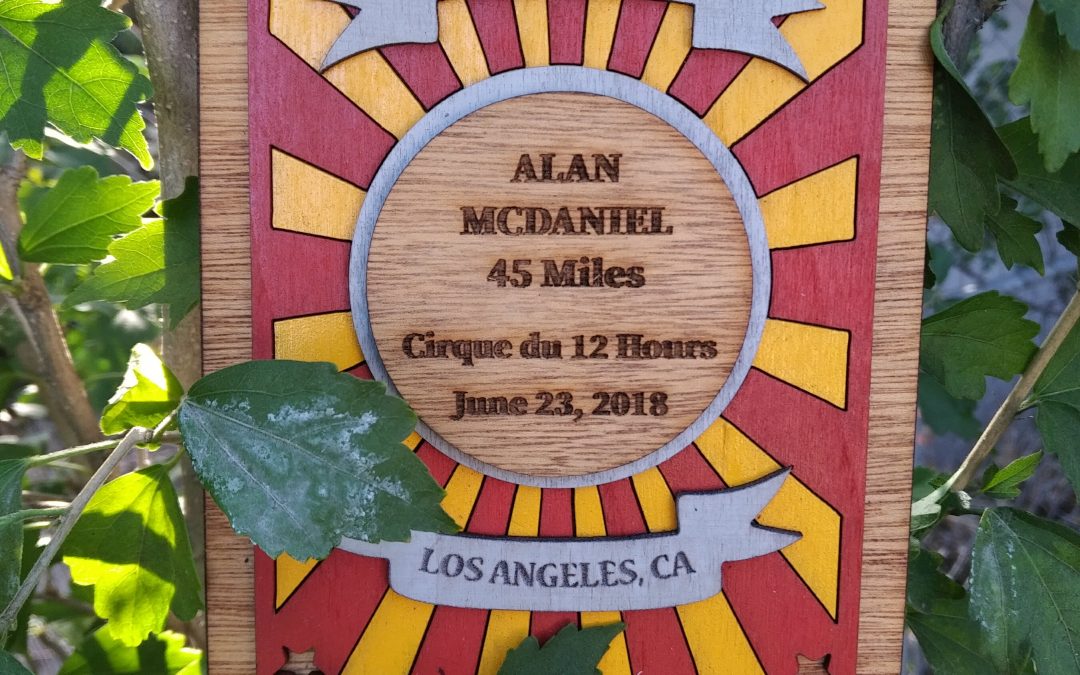 This run was my first time running a timed race where the only goal is to go as far as you can in a given time period. This took place at Griffith Park at the Crystal Springs picnic area and around part of the Harding golf course. Each loop was 2.5 miles and only had a couple of small hills, one at the beginning and one at the end of each loop. As being the first time doing one of these there were a few things different than most races: 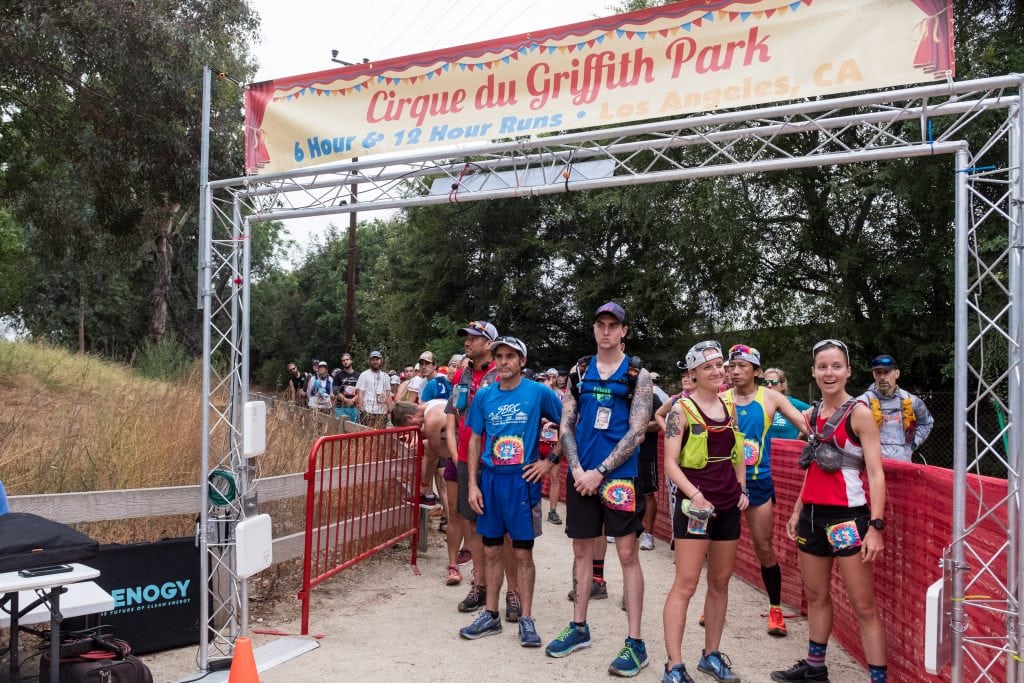 My goals for this run was to try to run further that I ever have which is 50 miles, I didn’t get the best training in for this as I’ve been having some foot issues leading up to it so I mostly rested after the Valley Crest Half Marathon which was 2 weeks before this one. The theme for this run was the Circus and a lot of folks wore costumes as various circus characters like ringleaders and the such. We started right at 7am and around and round we went! My strategy for this was to go as far as possible before taking a walk or food break so I wore my hydration vest. The path was hard packed dirt which made it easy to run on and they limited how many folks were in this run so the path was not crowded. I wore headphones also to have some tunes to help me pass the time by. 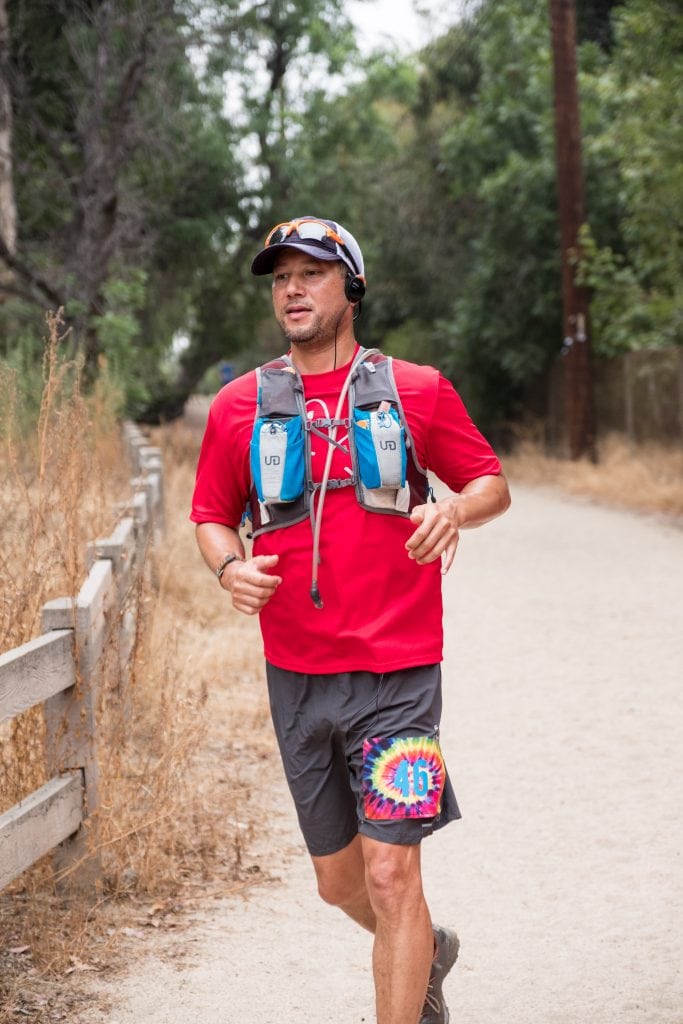 I made it 7 laps (15 miles) before I took a walk break, I felt ok and kept going as the sun started to hit us more. Luckily there were a lot of trees along the course so it wasn’t so bad until later. Around the 27-mile point which was around 5 hours I went to my little aid station to refill my water and take some of the pizza I brought with me to eat. When I got going again it was starting to get hot but I was doing ok as I hit 50k right around the 7-hour mark. This is when everything fell apart for me. For some reason my left hip started to hurt so I had to take more walk breaks so I was only running about half of each lap until the 9-hour mark where I was actually limping a little. I took another break to try to stretch the hip out but it did little good so I pretty much got into death march mode for the next 3 hours. It was not all bad though as you got to talk to everyone to see how they were doing, most folks were lapping me by this point and they all asked if I was ok. When I told them of my issue everyone had a different remedy from stretching, drink some pickle juice, etc. None of it worked and I even thought about stopping a couple of times but figured since there was no cut off times I might as well limp it out. 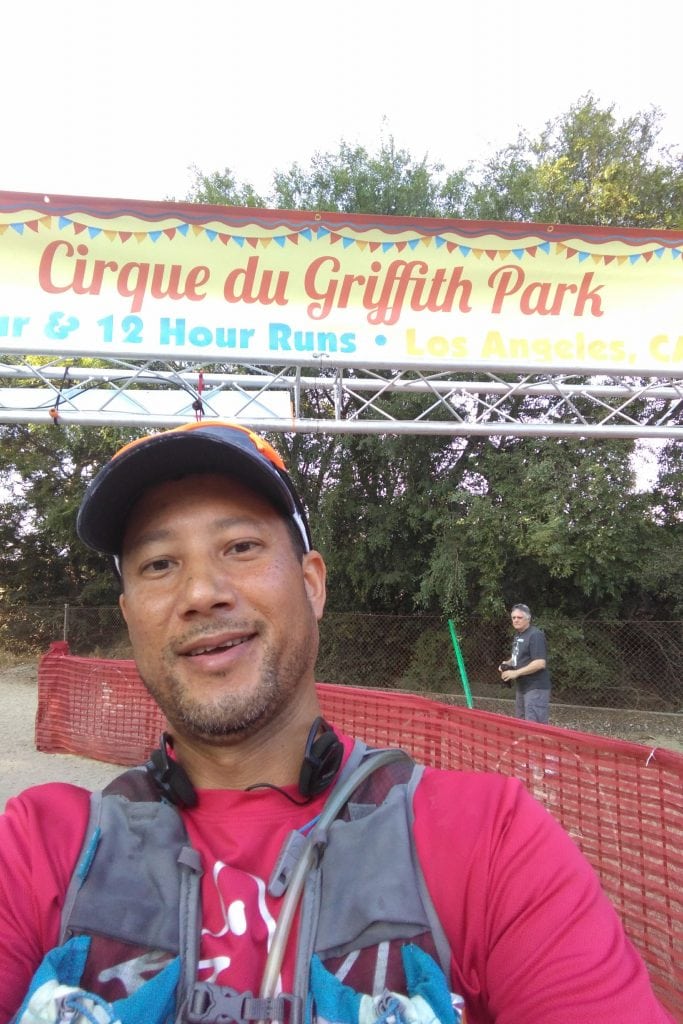 Finally, the last hour came, I got to the start/finish line at 11 hours, 15 minutes and told them I was going to call it a day as it was taking me almost an hour to make each lap and you only get credit for laps you complete. Well the young lady at the start would have any of that and told me I could make it one more lap so that’s what I did. I was actually able to run some of it even! I finished my last lap with 10 minutes to spare and hung around while the 12-hour mark hit. I completed 18 laps and 45 miles. For reference the winner did 75 miles! 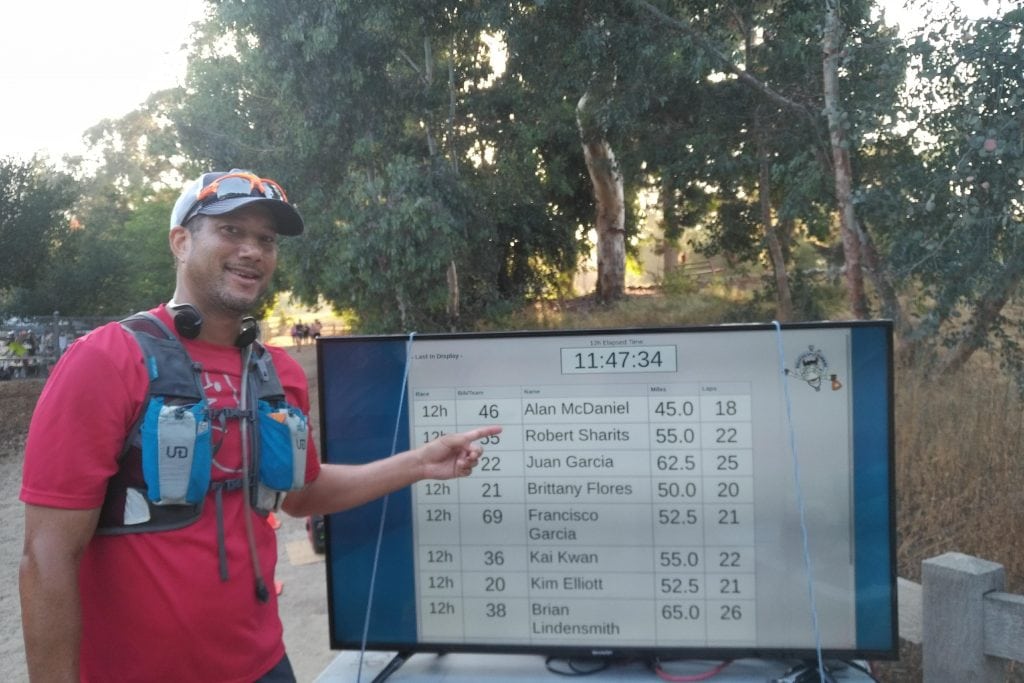 I really wish I could have hit 50 miles but my stupid hip wouldn’t let me, after the race I thanked the Race director for such a fun day and then I sat in my chair and had a well-deserved beer.

Coming into this I thought running laps for 12 hours would be mind numbing and boring but actually you get into a weird trance and the laps just go by. I’m pretty sure I’m going to do this again next year to seek revenge as I know I can do a lot better as long as my body cooperates. It was fun doing laps with a lot of other crazy runner folks, it was the first timed race for many other besides me. Some were testing out running all day before committing to an mountain Ultra, some were just seeing how far they can go and some other were just using it as a long training run for even crazier adventures.

Thanks to the folks at TrailRunEvents for putting this on, I hope Griffith Park lets you do it again next year so I can try it again. 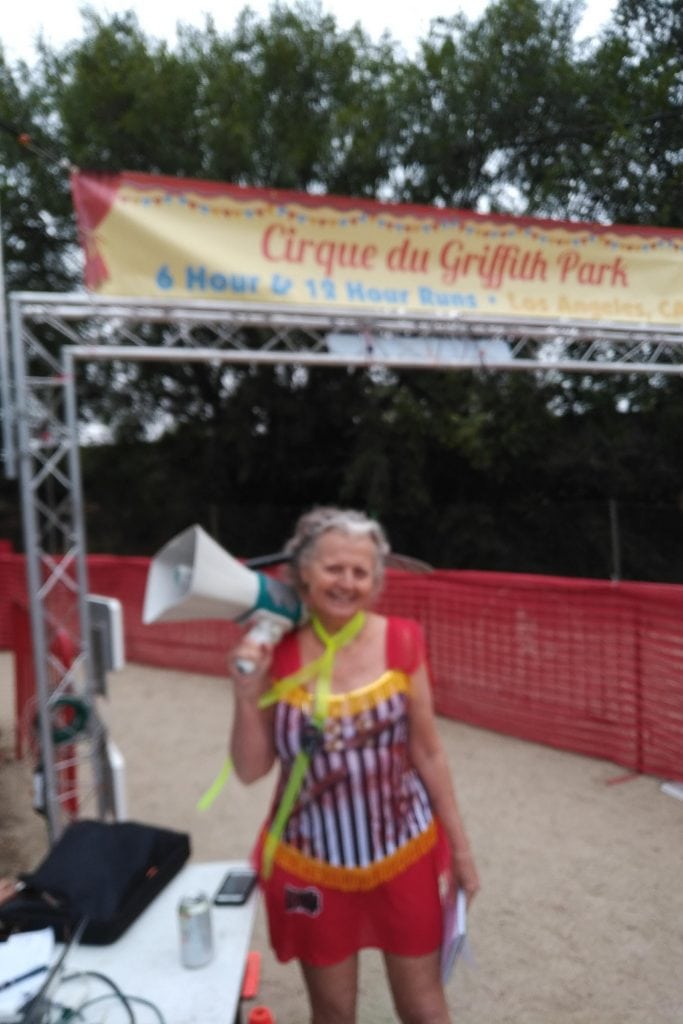