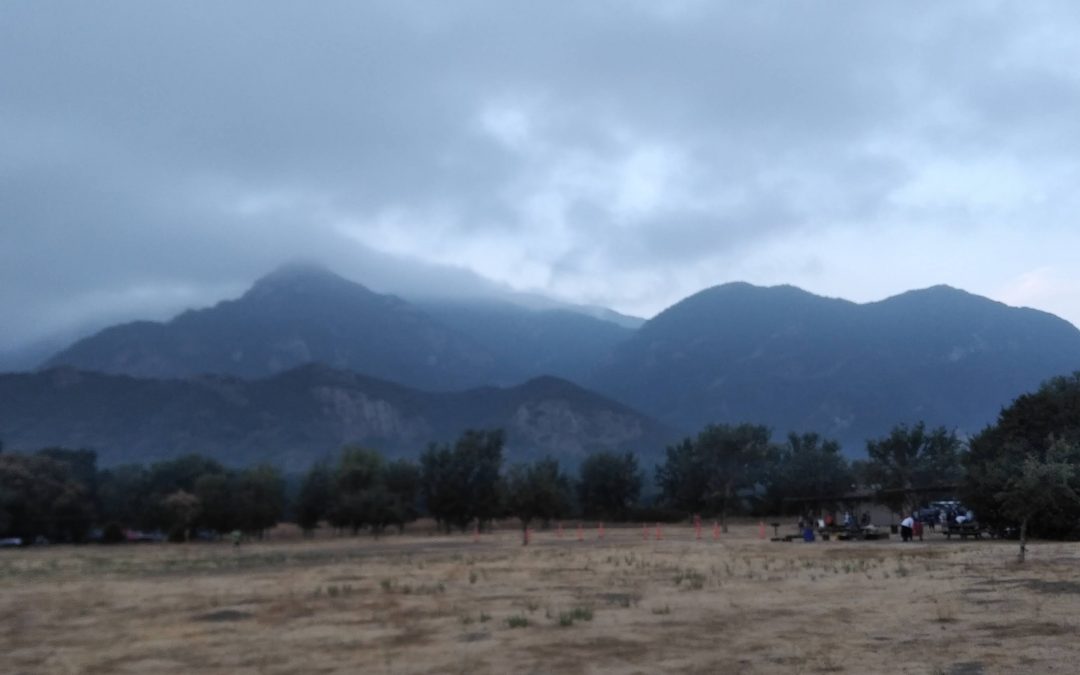 Hi everyone! Here is my recap of the 2018 Bulldog 50k that I participated in on Saturday August 25th.

Believe it or not this is the 7th time I have done this race (1 25k, 1 50k DNF and 5 completed 50k’s) I have no clue why I keep coming back to this race, maybe because it was the 1st Ultramarathon I ever did or maybe because I like to suffer, who knows. This run is famous for 2 things, being tough and being HOT. I had big fears about the heat since this summer has been one of the hottest I can remember for consecutive hot days in a row, so many that I pretty much did not run at all in July. Not a good way to prep for this at all but what can you do. This event takes place at Malibu Creek State Park and is comprised of 2 15 mile loops that include on big uphill called the Bulldog which the run is named for. This year the race start time was moved back due to the recent spate of shootings in and near the park so we were to start at 7am instead of the usual 6:30 which meant more time under the hot sun, hooray! 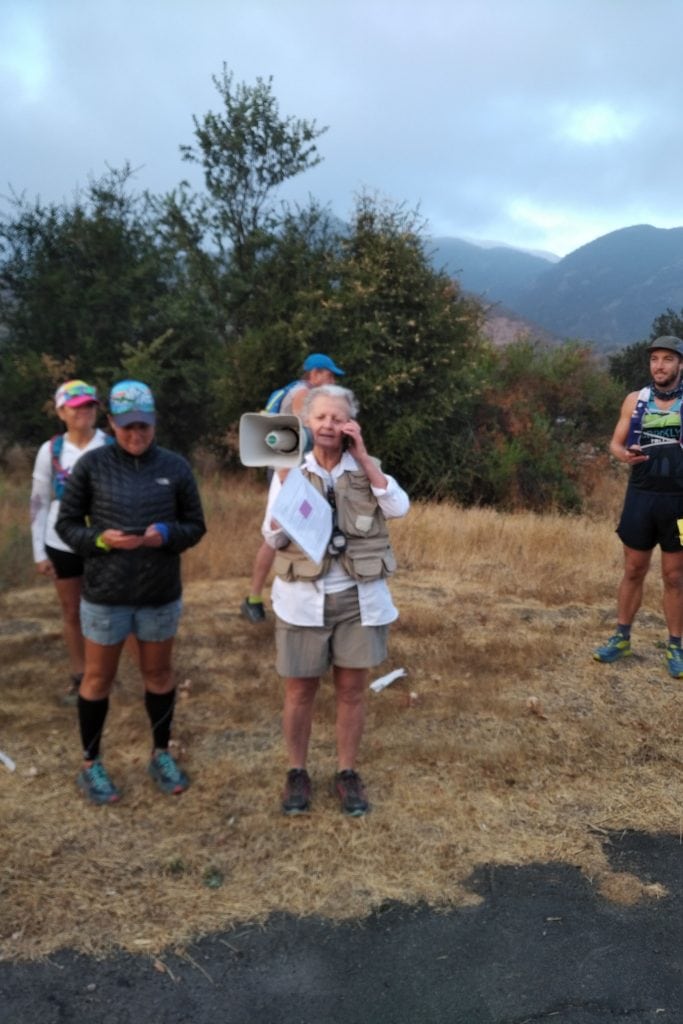 This event has been put on by the good folks at #TrailRunEvents since 1992 and was to be the last one they put on as they were turning over the race to a new RD. So anyways like I said earlier I did not run any in July which meant I only trained 4 weeks leading up to this but I got a couple of good long hike/runs in so I knew I most likely could beat the 9-hour cutoff unless I got injured. A few days before this race all of us got something that we were all grateful for…. A cooling trend! When I arrived to the park around 6am it was foggy and cool was a blessing for sure, I was going to need all the breaks today and this was the first one. I picked up my bib and shirt and hung out in my car until 6:45 when I made my way to the start line. 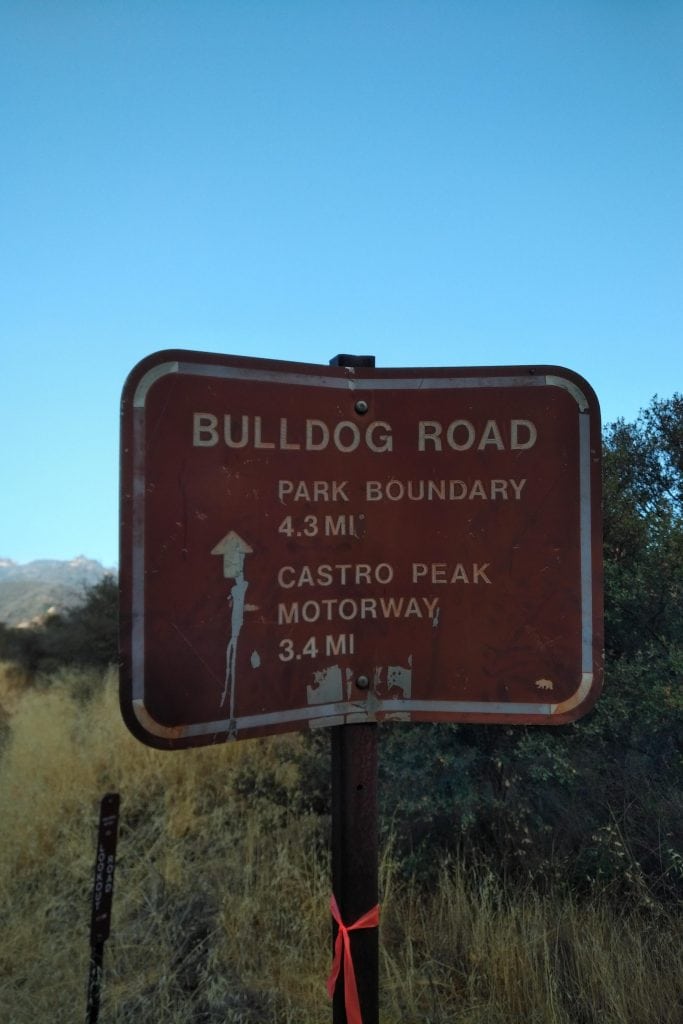 Ultra Mama Nancy gave a nice speech since this was to be her last time being the RD for this run and a little after 7am we were off! My strategy for this run was pretty straight forward, I would run the flats and downhills and power hike the uphill’s from the start. Usually when I’m in better shape I would run the whole first loop and death march the second loop. The weather was nice and cool as we made our way to the first Bulldog climb. The climb is about 2.5 miles long and 2500ft or so elevation gain, after that you get a nice one mile downhill to the Corral Canyon aid station which is about halfway through the loop. After that you go through a section with a bunch of unique sandstone formations which make a good picture taking spot before running along the top which on a clear day gives you a view of the ocean but today was only clouds but I was not complaining! About 9 miles in what comes up must come down so we had a very steep 2 miles of fire road until we arrive at a brief section of single track that leads you to the 12-mile aid station. From here you get a brief flat section before have to go through another single track section with a half mile of uphill before finally dropping back down to the park and back to the start where you get to do it all over again! 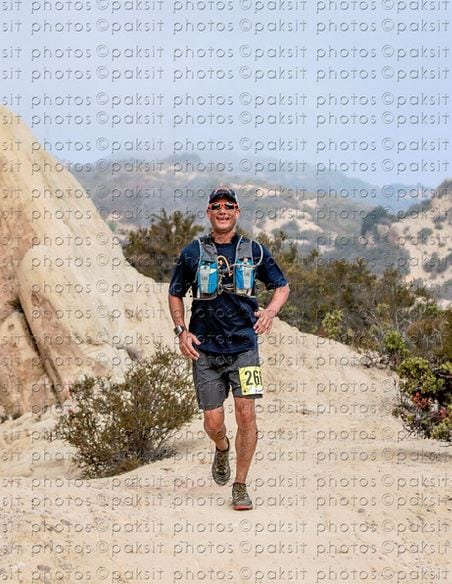 I stopped at the halfway point to refill my water bladder, put on my ice bandana and have a nice cold coke that they had at all of the aid stations. For fuel in this race tried mixing tailwind in my bladder and filling it about halfway which was 40oz. I also had a few gels and a couple of salt tabs. I found that after a while I did not like the taste of tailwind only and rather of had my bladder with just water and had the tailwind in a spate bottle but it did cut down on how many gels I needed so there’s that. The second loop is of course when the sun comes out to play be we still had good cloud cover and a nice breeze until the 2nd bulldog climb where it finally started to warm up. By this time, I was pretty tired and that climb seemed to go on forever like it always does. I was really glad I filled up my bandana with ice at the start of the climb as it really made a difference. Finally, I made it to the top, the ocean was still obscured by clouds so there would be no ocean pictures today. It was a slow long slog for the whole second lap, my lack of fitness showed up here big time but I kept going one foot in front of the other until finally I made it to the finish! Surprisingly my time was about average for me, I was expecting to be closer to 8 hours today. I pretty much have to thank the weather for that. 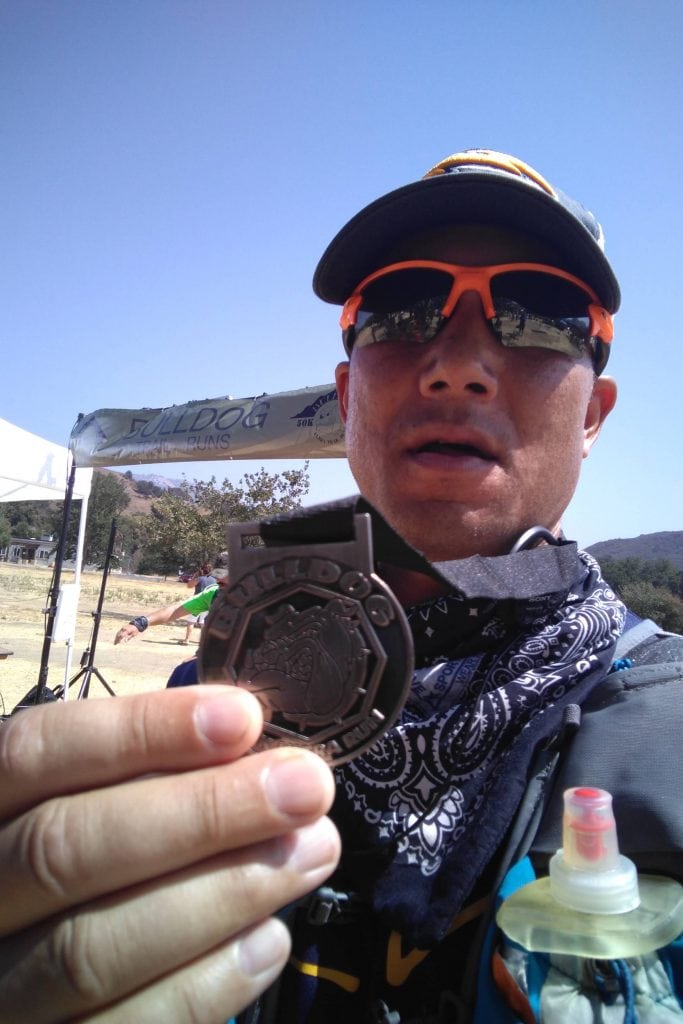 All in all, a very good day on the trails, I cannot wait until the next adventure!