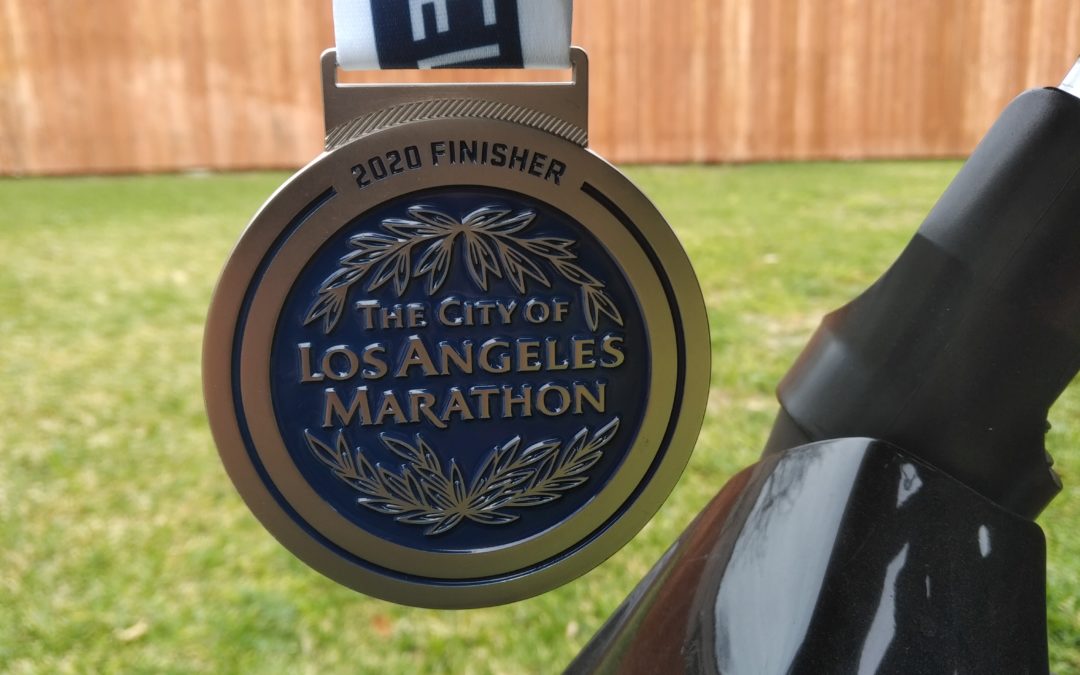 This is my report on the 2020 LA Marathon which was my 7th LA Marathon that I’ve had the pleasure of participating in. This one was one for the history books for sure, but it had nothing to do with running as we all now know all too well.

This race was to be another long training run on my quest to June’s Cirque Du Griffith Park 100 mile and as such I was starting to get my mileage up in the weeks prior. I completed the Paramount Ranch trail marathon about 4 weeks prior (sorry no race report) and kept up my long runs leading up to this one so the plan was to run this one at a conservative pace so I would be in ok shape to complete the Griffith Park Trail 50k that I had on schedule for the very next week (!). Little that I knew the race was to get thrown into chaos a couple of weeks before due to some little thing then called the Coronavirus.

A couple of weeks before the race news reports about some new virus sweeping the globe started to come out. It went from “that China flu” to worldwide pandemic in just a couple of weeks. I’m not going to go over all the details here as this is a race report but suddenly there were pleas to cancel the marathon due to the amount of people and the fear of spreading it. In fact, a few of the big marathons overseas were already being rescheduled or cancelled. After a lot of back and forth during the week leading up to the race the city decided to go on with the race. Their fix was to add a bunch on hand sanitizers on the course and not allow runners from the major affected countries at the time travel to the race.

Like last year I decided to drive to Dodger Stadium and leave my car there and then take the Metro back to Union Station and catch an Uber back to my car after as that seemed to work well, and I did not have to bother anyone for a ride. I woke up at 4am feeling surprisingly good considering this was also the first day of daylight savings time (this isn’t the first time LAM landed on this day) ate half a bagel and left my house at 4:45am. I got to Dodger Stadium at 5:30am and huddled in my car to 6:30 and then ventured out to join the masses.

I’m not really a fan of big races but the LA Marathon is an exception, it really feels like every runner in the whole LA area shows up for this one and make for a very exciting scene. All the TV crews are out, the news helicopters are overhead and as the sun starts to rise all you can see are runners of every type for as far as the eye can see! The weather looked like it was going to be good also, it was cool but not cold and the forecast was for temps to only get up to the upper 60’s and cloudy which is good for the running. I lined myself up toward the back, texted my 2 friends Erica and Jane who were also running good luck and before you know it, it was race time!

Being in the back we were rewarded with hearing Randy Neuman’s “I Love LA” about 5 times before we got to the start line. As corny as that song is, it never gets old and is the anthem of the LA Marathon and when you hear it, you know it’s time to go! The first few miles go through Chinatown and Downtown and are surprisingly hilly if you are not from here. This part usually has the least number of spectators but there were still some to cheer you on. From downtown we climb out along Temple which to me is the 2nd worst part of the race (the mile long climb up Sepulveda being #1) and enter Silver Lake on our way to Hollywood. Hollywood always brings out the crowds and even with Coronavirus, they did not disappoint. This is also a nice flat part of the course after the first 8 miles and if you are racing, the part where you start to put it in gear. As I was not racing, I just took in all of the sights, my legs felt good like I was just on a leisurely jog around the block as we winded our way down to Sunset where another minor hilly section was waiting for us. Right around mile 13 we go down the biggest downhill of the race and enter Beverly Hills. Since this part is around mile 16 and 17 I usually start to get tired but today since I’m running so slow (mid 10min mile) it feels strangely easy as we head toward the west side. Soon enough we reach mile 20 which happens to be the start of the Sepulveda climb, I don’t look up and just grind up this part and take it one mile at a time and before you know it I’ve made it to San Vincente. Once here you know you are pretty much going to make it. The sun has come out at this point but it’s not too warm as we make our way toward the Pacific. Mile 22, 23 and 24 come and go and just when you get to mile 25 you get to see what I think is one of the best finishing stretches of any race I’ve ever done. At mile 25 you make the turn onto Ocean and if you get a clear day like this one the Pacific Oceans greets you with all of her beauty. It truly takes your breath away as you can see all the way to PV and even Catalina Island beyond. 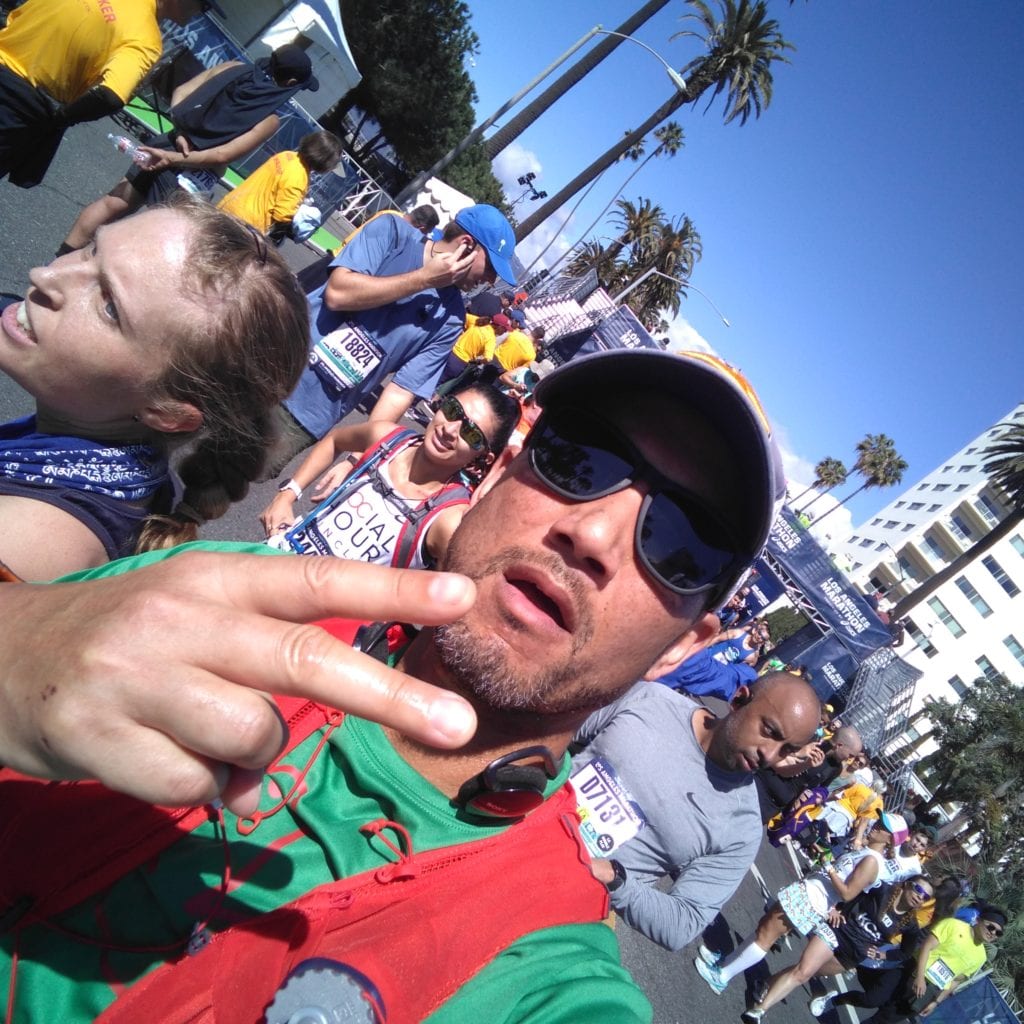 I muster up a small kick for the last mile as this is where the crowds are the deepest and they are all cheering all of the runners on so you can’t’ help but speed up a little. Before you know it here comes the finish line, DONE! My legs feel like I could have run a few more miles which is rare but a good sign for my upcoming challenges. I get my medal, retrieve my spare clothes from the drop bag truck and make my way through the crowds straight to the Metro as I did not want to hang out after since I needed to immediately start recovering for the 50k I would have to do in 5 days. An hour later I hopped in an Uber at Union Station and made it back to the car and drove home. A perfect long run complete I thought to myself as my legs felt good. 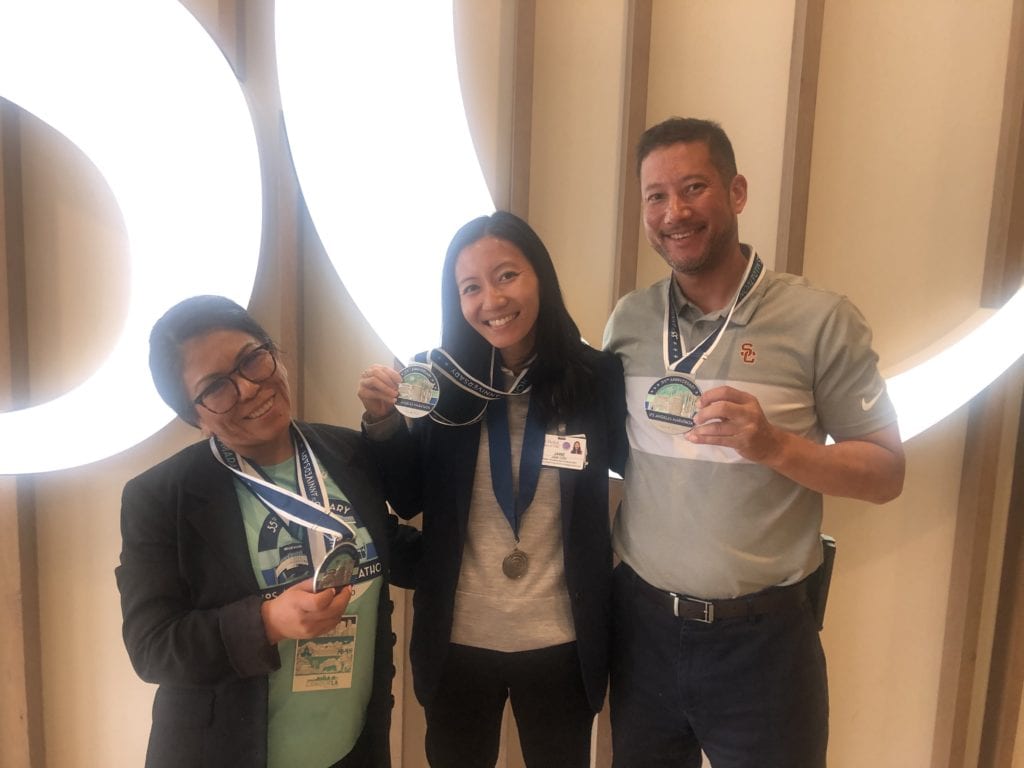 Well we all know what ended up happening to the world the week after the race. Panic Buying, Stay at Home and the sad cancellation or postponement of most races including all my goal races for the first 6 months of the year. No Griffith Park 50k, No Leona Divide 50 mile in April, No Cirque Du Griffith Park 100 mile in June. All 3 might be rescheduled for later this year but who knows what’s going to happen. It will be hard to keep training all year for things that might not even happen, so I most likely drop most of the long runs for now but continue to run like I always do until they ban that too. Hiking even is out of the question as many trails also have been shut down. BOOOOO.

I hope you have enjoyed this race report: at least it gave you something to read as you are stuck at home during this crazy time. Hopefully in a few months there will be another race report to be able to write but until then; SEE YA and wash those hands you dirty bastards! 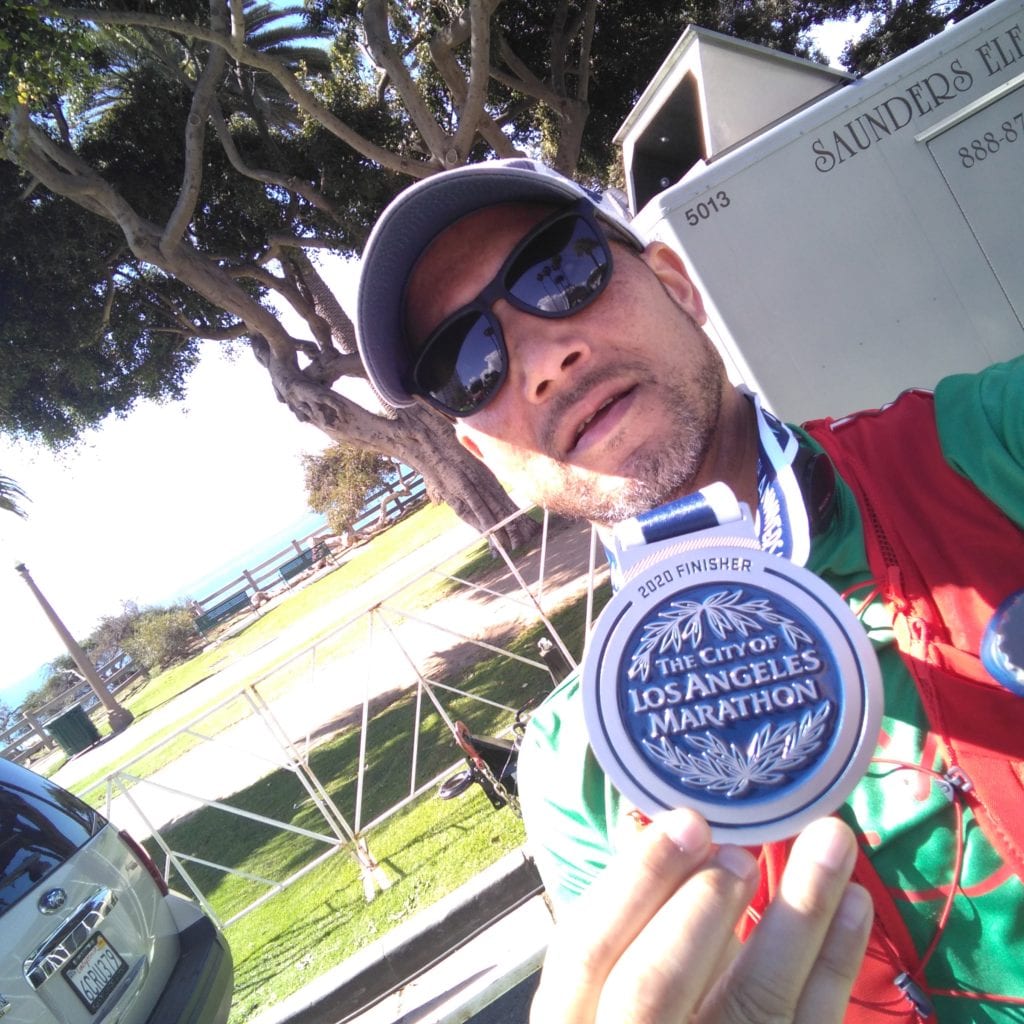 Better times are ahead my friends