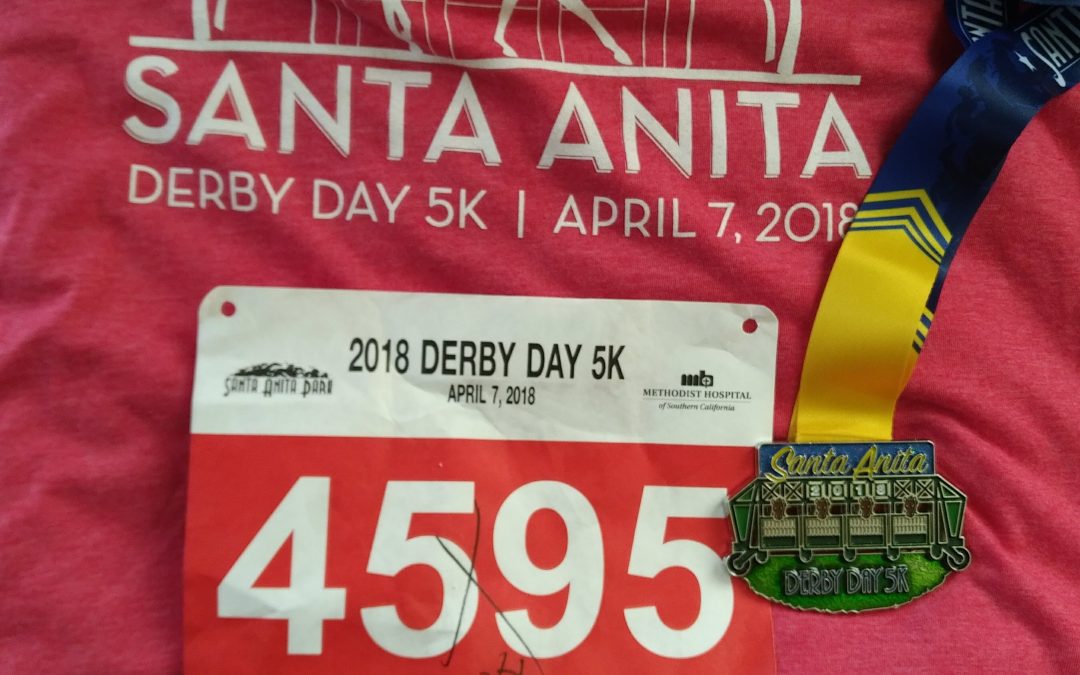 I signed up for this run the week before when they sent me any email, I was not doing any long runs that weekend since it was a week before the Leona Divide 50 mile Ultra so I decided to jump in. This was actually the first time running this as I do not run many short races so I was excited to see what it was like to run on a race track. This race is at Santa Anita race track which is only a 10min drive from my house which is always a bonus as I did not have to leave my place until 7am to get there in time for th 8am start.

My legs still felt heavy from the Mt Wilson birthday run so this was strictly going to be for fun! We started right at 8am and got to run through a starting gate which was awesome, I felt just like a slow race horse, hahaha. The first mile runs behind the Santa Anita mall and leads you to the Arboretum which I have not been to since I was a kid. The 2nd mile runs through it, there is a lot of nice looking plants here, I did not see the usual peacocks though but did get to run past the house where the opening scene of Fantasy Island was shot. The 3rd mile leads you above the race track and through the tunnel into the infield, after running through the infield you get to run the last part on the race track! Not the actual race, race track but the inner track where the horses practice. It was kind of a sandy muddy mix but it was only for the last 10th of a mile so it was over quick.

After the race they gave us 2 free beers which was funny because it was only 8:30am but you know I took them and drank both! I hung out for a little while as they had a band playing so I listened for a few songs and I went on my way.

All in all a nice little morning run, I am a little worried about next week though because my legs feel very heavy and 50 miles is a long fucking way to run. Until then, see ya! 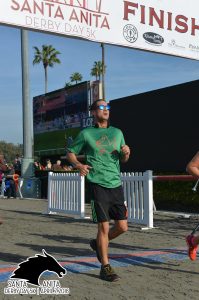