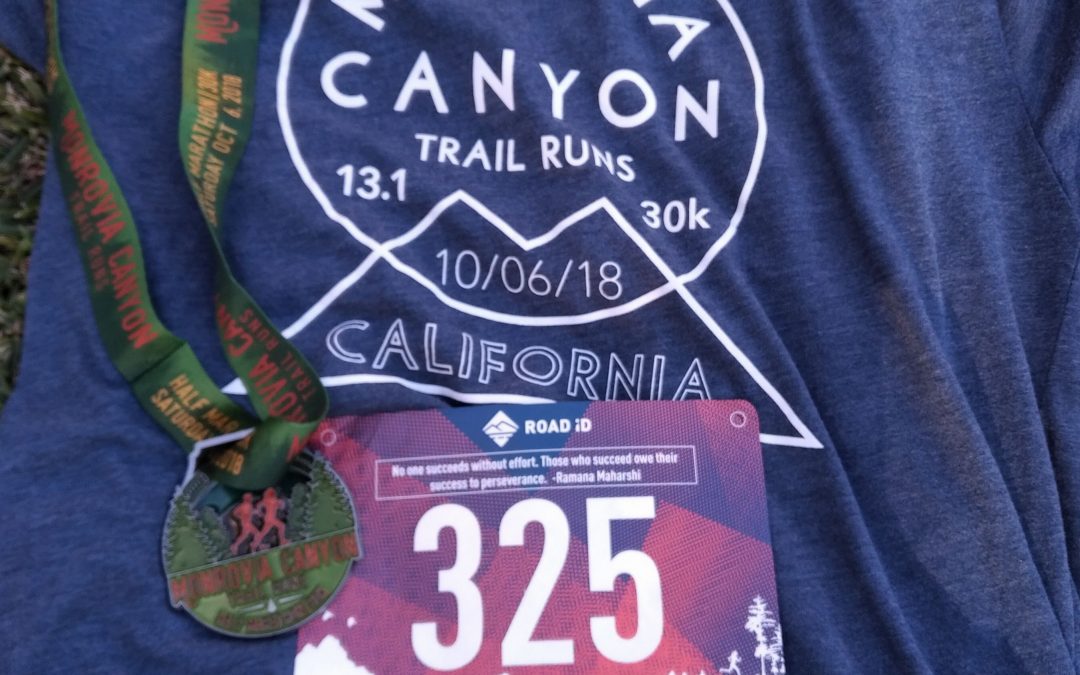 Usually getting ready for a trail race means waking up at 3:30am, eating, getting all of your gear together and hopping in your car for an hour or two drive to the race where you arrive an hour early to make sure you get parking and your bib. So when someone puts on a race that is only 30 minutes from your house you sign up right away and that’s what I did for the 1st ever Monrovia Canyon Trail Runs 30k. This run was supposed to take place back in June but the race director had some issues getting permits so it had to be postponed until October 6th. My buddy Andrew who was running this with me lives literally right down the street from this so I picked him up around 6am and made our way to Monrovia Canyon Park and up to the Trask Boy Scout camp where the race would take place.

Oddly enough this was to be my first time really running or hiking in this canyon which sits in between Santa Anita canyon and Azusa canyon so I was really looking forward to this. Most of this race was on fire roads that go all the way back to Angeles Crest Highway if you went all of the way but today we would “only” be going about 8.75 miles up and then back down. There were about 80 folks who showed up for ether the 30k or the Half Marathon so it was super low key and since there was also a bunch of Boy Scouts camping we had to be quiet at the start line so a little after 7am there was a countdown from 5 and away we went. 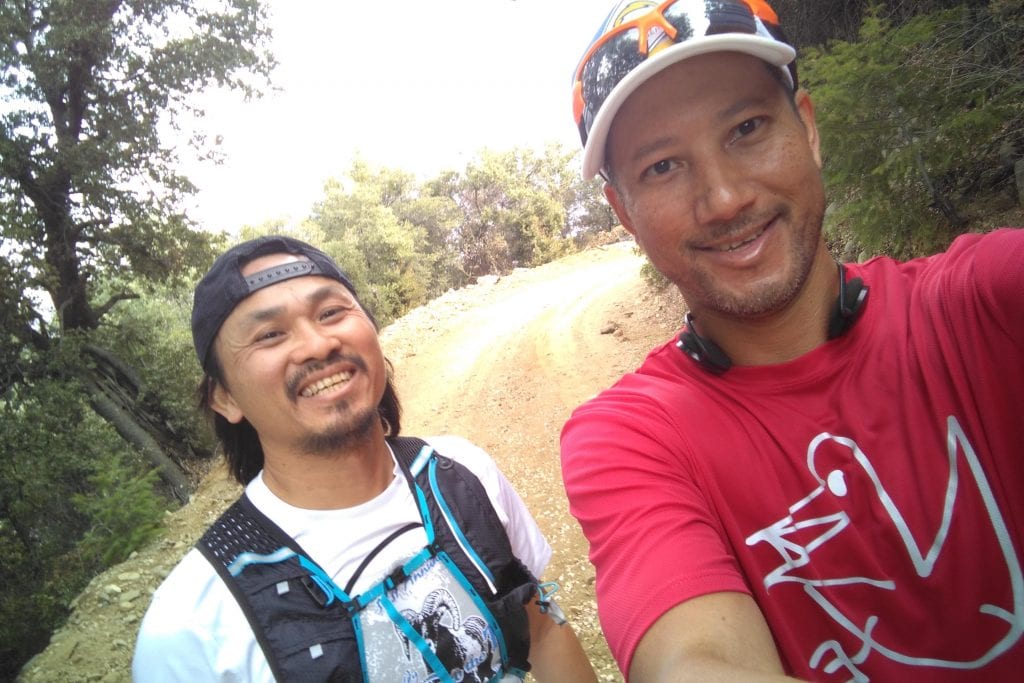 This run started with a tough steep 3 miles that started on fire roads and then switched to single track. I pretty much hiked up the single track part until we got back to the fire road where I got into the usual run the flats and hike the uphill’s routine that us mid to back of the pack runners know so well. Once we got some elevation there were some nice views across the San Gabriel’s. The weather was just about perfect being in the 50’s at the start and around 70 at the finish. Since this was an out and back I saw Andrew coming back down when I was around a half mile from the top so I knew the uphill was almost done. I always forget though that the downhill can be just as tough in its own way especially when you have almost 9 miles of it to run! I made it to the turnaround at around 2 and a half hours and grabbed my bracelet to prove I made it (there was no one stationed at the turn around spot) and cruised my way back down the hill. 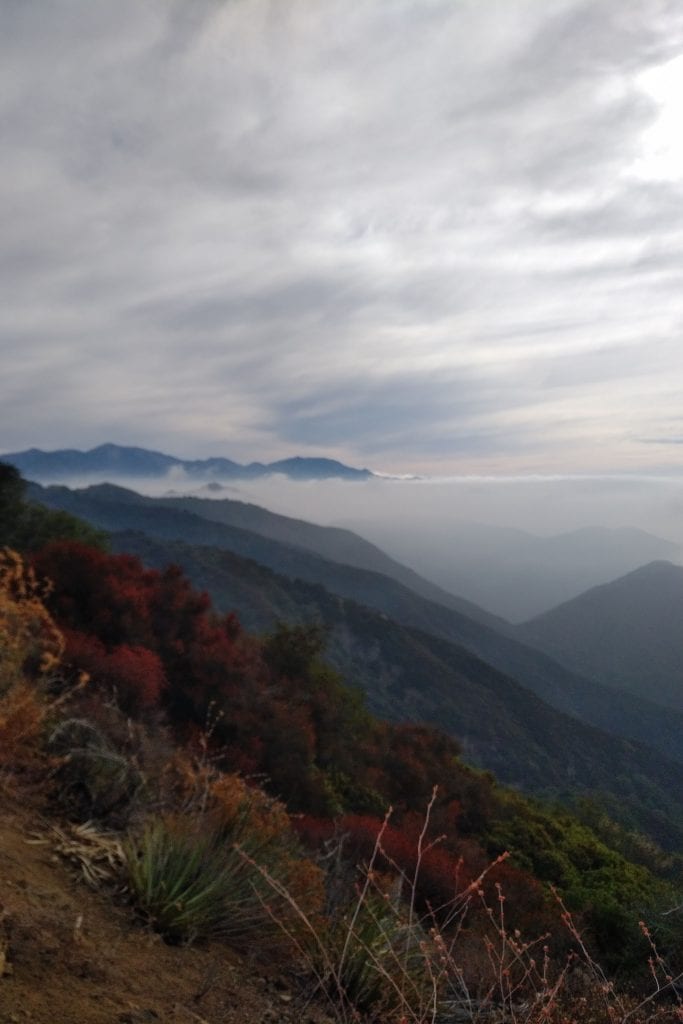 I was able to pretty much run the whole way back and right at the finish line passed a guy who did this race carrying his kid in a back pack the whole way! That’s crazy! Andrew finished about 15 minutes ahead of me so we hung out for a little after and watched a couple of other finishers then headed back to his house to have a much deserved beer. By lunch time I was already back at home, I could get used to this and hope they have this run next year. 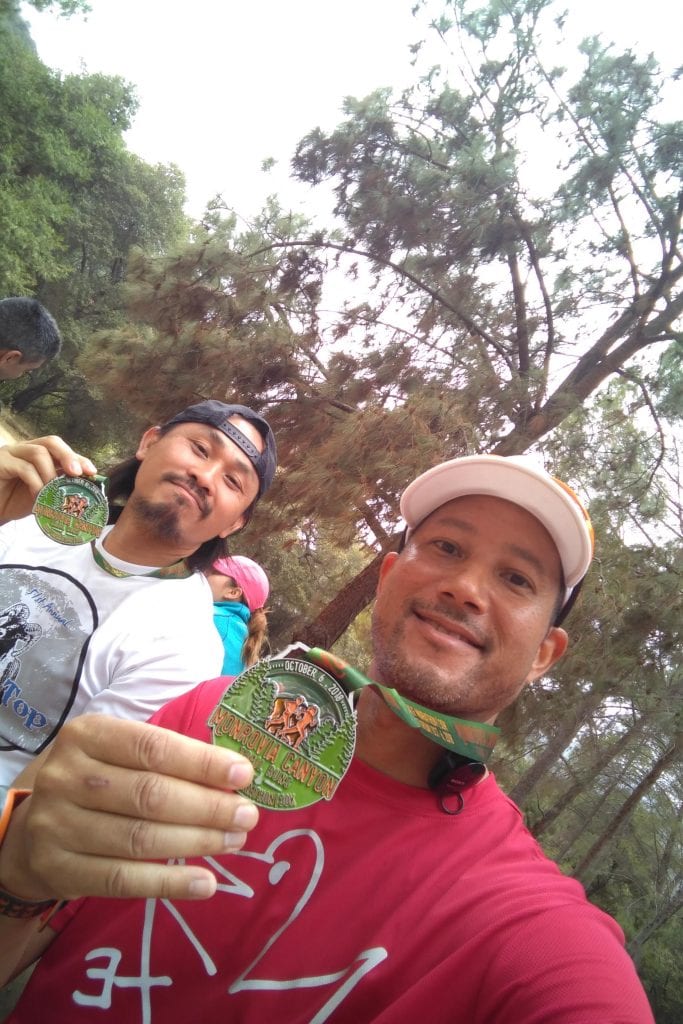 Thanks to Keira Henninger who put on this race and does other ones too, check out www.keirahenninger.com for all of them.

All in all, a nice morning for a run, I will come back to do some training runs here for sure.

My next adventure will be the Cactus to Clouds hike on Nov 2nd.