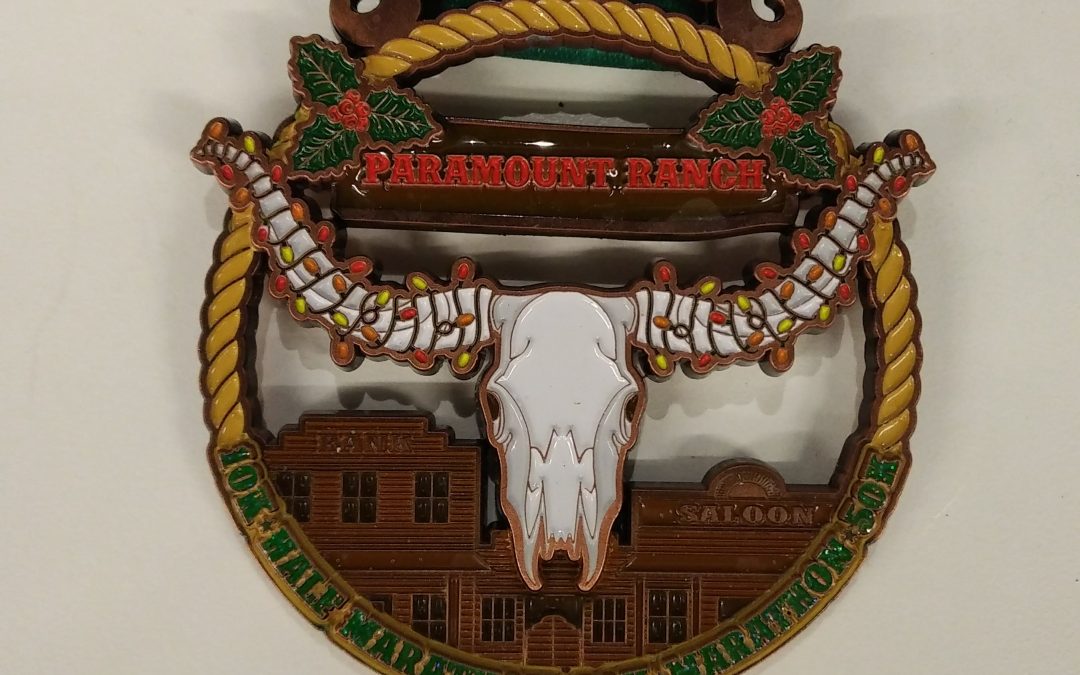 Christmas greetings everyone, here is my race report from the Paramount Ranch Trail Marathon that I did on Saturday Dec 16th!

This race takes place at Paramount Ranch in Agoura Hills which is famous for being used in a lot of movies as they have an old west town and rolling hills. It is known as the only national park that is also a working movie studio. My goal for this run was just to use it as my long run for the week so I wanted to just run a nice steady pace. I got to the parking lot at around 6:15am for the 7am start and it was cold! All of us picked up our bibs in an old barn and I went back to my car where it was nice and warm. I was a little worried about this race as it had a lot of hills…..

There was also a 10k, Half Marathon, 30k and a 50k race also so there was quite a crowd at the start, around 300 people in total I think. This race is comprised of a 6.2-mile loop so depending on what race you were in determined how many laps you had to do, I had to do 4. And this being a trail race we would have to all fit on the (mostly) single track trail so the first lap would be crowded for sure. The race director started us off at 7am sharp, since I was using this as a training run I lined up toward the back and away we went.

I used the first lap to figure out how to approach the hills and what pace to run and to make sure I knew where all of the turns were so I wouldn’t get lost after we all got spread out on the course (I only got lost once but another runner yelled at me that I was going the wrong way and saved me!). There were indeed a lot of hills but they were only about 100-200 yards each so I was able to run them all. I finished the first lap in around 1:10 and figured I would try to match that for the remaining 3 laps. It was a beautiful day running through the hills so I made sure to take in the views, the trail was very well maintained so it was easy to run on. The 2nd lap was around 2:20 so I was right on time, I thought running a looped course would suck but this one had so many variations in terrain that it was actually pretty nice and once you did the first lap you could plan the remaining laps since you knew where the hills were. Finished the 3rd lap in 3:30, only one lap to go, my legs felt good and the running was easy so I just took my time and enjoyed it.

I crossed the finish line at 4:44 feeling good, I was able to run the whole way and even felt that I could have done the 50k, I might have to do that next year. I hung out for a little while checking out the ranch and then drove back home. A few days later I looked at the results and what a surprise when I saw I was 4th overall! That’s the highest I have ever finished a race so how about that! All in all, a very nice race to finish out 2017. Happy new year everyone! 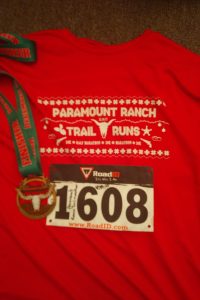